The eternal question: which is better, Windows or Mac OS? With the release of a new Mac OS, 10.7 Lion, David Ludlow takes another look at this age-old debate. 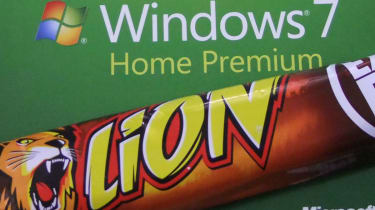 Microsoft has the clear upper-hand in terms of backwards compatibility for applications and has done so for a long time. In part, this is because it's evolved each version of Windows from compatible code and has had the safety of using the same hardware instruction set for years. As a OS that has traditionally been used in business, Microsoft knows the value of making sure that old software continues to run on its new operating system. 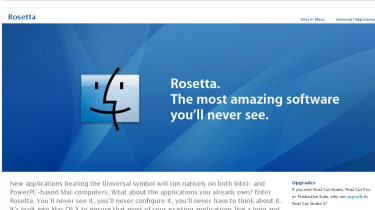 ...and you'll never see Rosetta, or your PowerPC applications again, if you upgrade from Snow Leopard to Lion.

Many applications will simply run on Windows 7 in the same way they did previous versions of Windows. However, if that's not the case Windows 7, as with older versions of the operating system, has Compatibility settings that can be applied to any installed application. This lets you fool an application into thinking it's being run on an older version of Windows, down to Windows XP. It can even be used to reduce the number of screen colours, lower the screen resolution and disable advanced desktop animations and graphics.

Should any of these settings fail, Windows 7 has a trick up its sleeve with Windows XP Mode. This feature of Windows 7 Professional, Enterprise or Ultimate creates a special XP virtual machine that's pre-configured. The clever part about it is that any software installed in the virtual machine is automatically made available via the Windows 7 Start Menu. It's a simple and effective way for companies to upgrade and ensure that their old software will continue to work.

Unfortunately, backwards compatibility wasn't high on Apple's list for OS X Lion. In fairness to the company, in the last 10 years it has moved its OS codebase and switched from PowerPC to x86 processors, complicating the matter. Still, with Lion Apple isn't helping and has removed support for Rosetta, which allowed PowerPC apps to run on Intel hardware. Even more annoyingly, it did so silently without making any announcements informing existing OS X users who may still use many PowerPC programs which can't be upgraded for a variety of reasons.

For home users, this isn't likely to be much of an issue and there are bound to be new versions or replacements to old apps available. At work, it's a different situation, particularly if your company is relying on a bit of bespoke software. Unless you're willing to get this replaced or rewritten, upgrading to Lion will completely break any software that was written for PowerPC.

Virtualisation isn't necessarily going to help, either. While Apple changed the license agreement to allow virtual instances of Lion to be run, the same doesn't apply for Snow Leopard. Snow Leopard Server can be virtualised, but this is an extra step that will require a license upgrade for every computer.

The difficulty with Apple's decision is that new hardware will come pre-installed with Lion and can't be downgraded. If your business relies on older Mac hardware and software, moving to Lion could be a step too far.

It's very hard to pick a winner from the two operating systems, as both have their strengths and weaknesses. Apple's OS X is generally a bit easier to use, particularly on a desktop, but its support for multiple monitors and backwards compatibility is inelegant and clunky at best. OS X Lion is cheaper than Windows 7 per license, but Apple's hardware is more expensive. For that reason, Windows computers are generally a bit cheaper to buy. If you've got users that just need email, word processing and web browsing, Windows 7 computers are probably the best bet: they'll be cheaper, and the domain integration makes them easier to lock down. If you've got Mac-specific applications, OS X Lion is a great operating system, but make sure you get a Lion server on the network to help lock the machines down.