IBM has chips for brains

Big Blue looks to signal the dawn of cognitive computers with its brain-like chips. 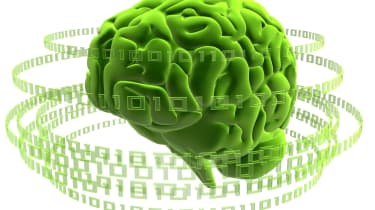 IBM has unveiled a set of computer chips designed to replicate the way in which human brains operate.

The processors emulate the way synapses and neurons of the brain work and could eventually use up less power and space than traditional chips, IBM said.

The first two prototype neurosynaptic computing chips are undergoing testing as IBM hopes to signal the coming of "cognitive computers."

Such systems would not be programmed in a traditional manner but would be able to learn through experiences. They would also be able to create theories and remember outcomes of testing hypotheses, IBM said.

"This is a major initiative to move beyond the von Neumann paradigm that has been ruling computer architecture for more than half a century," said Dharmendra Modha, project leader for IBM Research.

"Future applications of computing will increasingly demand functionality that is not efficiently delivered by the traditional architecture. These chips are another significant step in the evolution of computers from calculators to learning systems, signalling the beginning of a new generation of computers and their applications in business, science and government."

The company revealed it had been awarded approximately $21 million (12.7 million) in funding from the Defense Advanced Research Projects Agency (DARPA) for work on cognitive computers.

The overall initiative has been given the umbrella name of the Systems of Neuromorphic Adaptive Plastic Scalable Electronics (SyNAPSE) project.

With its two prototypes, IBM has showed how the chips can help computers recognise patterns and assist in navigation.

"Imagine traffic lights that can integrate sights, sounds and smells and flag unsafe intersections before disaster happens or imagine cognitive co-processors that turn servers, laptops, tablets, and phones into machines that can interact better with their environments," Modha added.

Eventually, IBM hopes to create a chip system with 10 billion neurons and hundred trillion synapses, while consuming just one kilowatt of power.