HP dumps PCs and webOS, but why?

HP shocks the industry by dumping webOS and possibly its PC division too. How did the Silicon Valley giant get to this point? Alan Lu shares some thoughts. 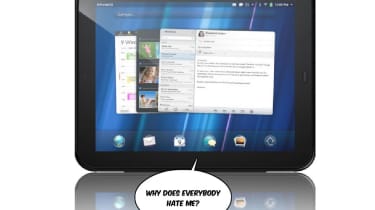 COMMENT August used to be the slow season for journalists when everybody slacked off to France for their holidays and therefore nothing of any importance happened. Not any more though - Silicon Valley has dropped a couple of bombshells this month. First, Google announced that it was buying Motorola's mobile arm. Now, HP, the world's biggest computer manufacturer, is pulling out of the desktop and laptop computer business and shutting down its webOS division.

The decision to shut down the webOS division is very surprising given the company's previous announcements that it had a long-term outlook and strategy for both the smartphone and tablet markets. The company even had plans to bring webOS to other devices such as printers. Although the webOS-based TouchPad and Pre haven't been strong sellers, the underlying operating system is impressive. Plus, the TouchPad itself was launched only weeks ago and the Pre 3 was due to launch in mere days.

Leo Apotheker, HP's CEO poached from SAP, is clearly leaving his mark on the company. These decisions effectively reverse the strategic decisions made by his predecessors.

Less surprising is the plan to either sell or spin-off its laptop and desktop PC unit. Although HP is the world's largest PC manufacturer, its profit margins in this business are reportedly just 5.7 per cent. In comparison, Apple has a reported profit margin of around 23 per cent for its Mac business. If shearing off a consumer computer business to concentrate on enterprise hardware and services sounds familiar, it should IBM did the same thing when it sold its ThinkPad and PC business to Lenovo in 2005.

Leo Apotheker, HP's CEO poached from SAP, is clearly leaving his mark on the company. These decisions effectively reverse the strategic decisions made by his predecessors. HP's PC business grew rapidly after Carly Fiorina masterminded the takeover of PC industry stalwart Compaq in 2001, while HP acquired webOS developer Palm during the administration of Mark Hurd little over a year ago, Apotheker's most immediate and controversial predecessor.