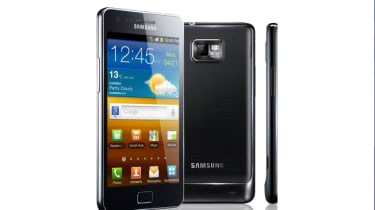 Apple wants to stop all Samsung Galaxy products from selling in Europe, asking a Dutch court to make the South Korean company recall devices from dealers across the continent, according to reports.

Steve Jobs' firm has written a letter to the court, reportedly seen by Dutch publication Webwereld, asking for all European stocks to be returned to Samsung's Netherlands bases.

Apple has already won a case to ban sales of the Galaxy Tab 10.1 in Europe, although that decision was overturned within days.

Now Apple wants all channel suppliers to return not just Galaxy tablets to Samsung, but smartphones too, if the letter is to be believed.

The lawsuit calls for Samsung to send letters to all retailers, asking them to send back products Apple claims infringe patents.

Webwereld recently reported Apple allegedly altered or misused images of the Galaxy Tab to make it appear more similar to the iPad. However, the physical devices were also on hand in the court.

The patent wars have been heating up again this month. Google lashed out at competitors including Apple, Microsoft and Oracle for running what it called an organised campaign against Android.

Google then announced the $12.5 billion purchase of Motorola Mobility a move many saw as a patent war chest acquisition rather than a big hardware play.