Now that Google has acquired Motorola Mobility, is Android set to reign the mobile operating system market for years to come? Simon Brew takes a look… 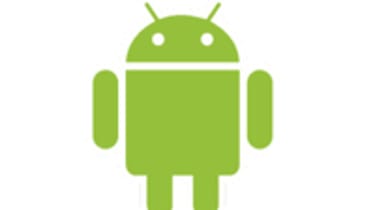 Even before Google opened its chequebook to snap up Motorola Mobility last week, there was a growing feeling that the Android operating system might be pretty near unstoppable.

Just look at the situation it's found itself in. It's got hardware support that its nearest rivals can't even begin to match (with a breadth of major manufacturers behind it), a rate of growth that's unrivalled, and it's about to snag itself over half of the smartphone market. Add in the spread to tablet computers, and the lack of a rival that looks capable of stopping it, and the future, seemingly, is bright for Android.

Whilst the $12.5 billion that Google spent in purchasing Android has proved divisive, with some analysts believing that the firm might just have shot itself in the foot, and others believing it's a smart move, it does help cement the future of the platform. For those who believe Google has spent wisely, it's the patent book that's been cited as the main reason for praising the firm. So let's start there.

It's clearly Microsoft and Apple that have the most to lose from the growth of Android.

To question whether Android is stoppable inevitably involves looking at those who are trying to stop it. The two familiar faces in this story belong to Apple and Microsoft. Both companies have a heavy vested interest in this segment of the market, and they've also made some pointed allegations against Android.

Microsoft's patent claims are being tested first. Last October, the firm filed claims against Motorola, arguing that its Android phones impinged on nine of its patents. Those patents related, in particular, to the likes of syncing, battery power indicators and contacts, and begin to be heard before the US International Trade Commission this week.

Elsewhere, Apple has filed a suit against HTC, arguing that its Android-powered handsets infringe on patents related to the iPhone.

It's clearly Microsoft and Apple that have the most to lose from the growth of Android, given that they're both sizeable players in that market. Android devices are outselling both Microsoft and Apple products in this market, and in terms of overall market usage, Android is poised to imminently overtake Apple's iOS. With Symbian OS struggling to keep its sizeable foothold in the market, Android should be a clear market leader, by most measures, come the end of 2012.

And it's not until 2012 that the International Trade Commission will even rule on the first of the big cases being brought against Android. By that time, Microsoft's Windows Phone OS is expected to be a long, long way behind the leading pack. Android, by then, should be comfortably in front.

As for Apple, whilst it won't mind being market leader, it's less important to it than it would be to some. After all, every sale of an iOS product directly brings good revenue into the firm, given that it's an Apple hardware product that it'll be tied to. There are many critics for proprietary systems, but every time a business looks at Apple's annual turnover numbers, there's even less desire where it matters to change the status quo.

The legal challenges that Android faces, and will inevitably continue to face, are sizeable inconveniences to Google. But they're not likely to arrest the momentum that Android is enjoying. And that $12.5 billion purchase of Motorola Mobility, with the 24,000 granted and pending patents that entails does give Google's legal team a far more robust defence to play with.

Furthermore, and this has been overlooked in the shadow of the size of the purchase, if Google buys Motorola Mobility, then someone like Microsoft doesn't. Were it that Microsoft had spent billions of dollars last week, then the threat to Android, with those 24,000 patents being turned against it, would have been far more severe.

For all the assorted threats to Android that are gathering together, there's no magic bullet that can take it out.

Given that Android tablet computers are beginning to make solid inroads into that segment of the market, Google looks to have acted now before it costs it even more to defend itself. Most pundits seem to agree that Android is set to give Apple's iPad rivals a helping hand and that's likely to attract the attention of yet more teams of lawyers. Google, undoubtedly, has bought itself a better hand come inevitable further legal shenanigans.

There are other threats to Android on the horizon. Mozilla has finally announced, for instance, that it has a mobile operating system planned - the project being called Boot To Gecko - although the announcement at the end of last month resulted in few ripples.

With good reason, too. Mozilla appears to have missed the proverbial boat by some distance here. With its flagship product, Firefox, struggling to regain the initiative in the browser market, it might just be the wrong move for the wrong organisation at the wrong time.

Which leaves the ultimate threat to Android being Google itself.

In much the same way that Windows has attracted further attention by being part of Microsoft, Google's cash-rich pockets and the startling success of Android inevitably make it a target. Granted, there's also the possibility that Google's purchase of a rival hardware company rankles with other Android partners.

Without a major competitor to turn to (Windows Phone 7, for all its plaudits, clearly isn't it right now), Android's long-term coronation as market leader seems unstoppable.

After all, if you were heading up a smartphone or tablet manufacturer, to whom do you turn? Apple's iOS is proprietary, so that's a no go. Microsoft's Windows Phone 7 is tied to Nokia and isn't the consumer choice of OS. RIM is keeping its Blackberry software to itself. And the lack of clear, tangible alternatives besides those means its Android's proverbial game to lose.

And it won't be losing it. For all the assorted threats to Android that are gathering together, there's no magic bullet that can take it out. Yes, the likes of the ITC's work might give it a couple of bruises when that first ruling comes through, and there may yet by court cases that do a small amount of damage. But Android has genuine momentum, has no clear product to stop it, and has the potential for spending a long time at the top, not unlike the manner in which Windows has dominated the desktop OS market.

Google might just be the biggest issue that Android faces, and there may yet be fallout and ramifications from that Motorola Mobility deal. But Android? There's little sign that it won't do anything but march on regardless.