Two rioters have gone to prison for their postings on Facebook. So why should a responsible business be bothered? Simon Brew investigates… 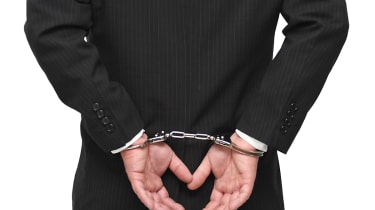 When Jordan Blackshaw of Marston and Perry Sutcliffe-Keenan of Warrington were convicted for offences under the Serious Crimes Act on 16 August 2011, theirs was one of many cases being processed on that day alone.

They were two of the many who found themselves with custodial sentences in the aftermath of the rioting in London, Manchester and Birmingham earlier in the month.

Yet Blackshaw and Sutcliffe-Keenan have found themselves in the headlines for reasons other than those they may have expected. In fact, some degree of sympathy, unexpectedly, has been directed their way.

Dig below the surface, and there's a bit more to it, of course.

Blackshaw created a Facebook group entitled Smash d(o)wn in Northwich Town', which urged potential looters to meet in the town centre. Sutcliffe-Keenan, meanwhile, created a Warrington Riots' page on Facebook, which he removed the morning after he put it up. As it turned out, nothing physical happened as a result of their respective postings, although both were deemed to be inciting others to act lawlessly.

Few have sympathy for their actions, which could, of course, have had genuinely unpleasant consequences. Yet it's that sentencing, however, that's caused a real commotion. Some have suggested that the length of time handed down was excessive, and that's a debate that rumbles on.

But there's another alarm bell that should be ringing, too. For what's happened here is that two people have received sizeable sentences for something placed on a social networking site. Something as simple as typing words into Facebook.

And that's a further headache that's not gong to be lost on many businesses.

It's a telling reminder, after all, of the prominence and impact of Facebook. Here is a cast iron example, if one was needed, that this is no niche service. Such is the reach and power of Facebook, that inevitably, care needs to be taken when using the service. The number of harmless virals that do the rounds on the service are the biggest clue. But when it takes a more sinister turn, such as malicious gossip, or encouraging others to break the law, there's little place to hide.

For a business, this poses some compelling questions, as well as extending one that remains a tough one to resolve. Just how much access should employees of a business have to social networking services in work time?

Let's keep our feet on the ground. It's hard, but not impossible, to tie a personal account to any business, although there is a small degree of greyness regarding postings made by a user in company time, and using company computers. That's not been fully tested in court, but few businesses want to be the first to really give that a try. And you can't blame them for taking that stance.

The problem is that there's little concrete information for people to fall back on, which is why many businesses continue to impose a concrete ban on their employees using social networking on company machines. There's sense to this, too, even if it does feel a little archaic.

If a company gains no advantage to allowing workers access to the likes of Facebook and Twitter, then it's an understandable tactic to shut off access to the services altogether. The downside to this is employees might not be best happy and, realistically, no action a company takes with regards web access is without some kind of consequence.

A call for help

So isn't it time that businesses got some help, and had some of the grey areas tidied up? Appreciating that common sense gets people quite far, when lawyers and law enforcement potentially become involved, then it's hard to argue against erring on the side of caution.

What would genuinely be useful would be for Facebook to issue some kind of tangible guidance on all of this. Again, there's not much incentive for it to do so. After all, why should it wade into the middle of legal battles centred around messages placed using its services? Keeping its head down is a much more sensible strategic choice, not helped by the fact that litigators are attracted to those with the most money (and Facebook is perceive to have lots of that).

But were Facebook to offer some kind of business-specific service, you can't help but think many would sign up. This would be a social networking platform where only business messages and material could be posted, and access to personal accounts restricted. Wouldn't that be the half-way house that many businesses are looking for?

After all, right now, there are a number of firms who block social networking services, but would relax that policy were the services more adaptable and suitable for a business environment. As it stands, LinkedIn tries to cover business bases, but it's hardly a closed and safe environment. Plus, LinkedIn also made the decision to allow the embedding of Twitter streams into people's timelines, which defeats the object for some.

As usual, the onus is firmly on businesses themselves to introduce and implement policies, and with that in mind, you can understand why the decision is quite often made to introduce a flat-out, blanket ban. But it's a pity to have to do so, given the benefits of smart use of social networking services.

This might seem all quite far removed from the two cases we talked about right at the start, and it may appear disassociated from the rioting that took hold in British cities a few weeks ago. But the more the legal system holds Facebook and Twitter postings to account, the more a sensible business needs to have policies in place to indemnify itself against problems lurking around the corner.

It might all sound overkill, and there is a sense of better safe and sorry. But faced with years in prison, at the extreme? Safe sounds by far the most compelling choice.