Dell's latest business laptop may have odd, retro-like looks but it's crammed full of the latest technology. Is this enough to make it the best portable computer for your workforce? Read our review to find out. 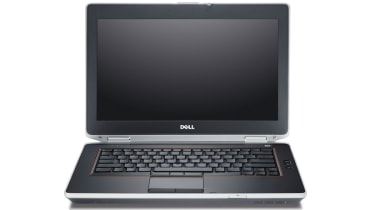 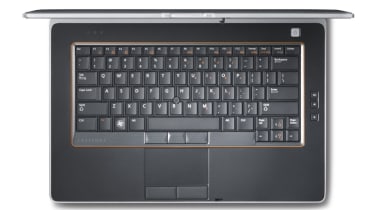 While the keyboard is large, the feedback is a little spongy so typos are easier to make than we'd like. The keys aren't backlit either.

Surprisingly for a 14in laptop at this price, a dedicated graphics card isn't included as standard. The default integrated Intel HD Graphics is fast enough for most everyday tasks though, including high definition video playback. For employees who use more demanding applications that would benefit from increased 3D performance, there's an option when ordering to switch to a dedicated Nvidia NVS 4200M chip for 65 extra.

Fast applications performance is of little use if the keyboard and touchpad are too uncomfortable for sustained use. While the keyboard is large, the feedback is a little spongy so typos are easier to make than we'd like and the keys aren't backlit either. We got used to the feel of the keys after a while, but it's not the best laptop keyboard we've used. The touchpad is large and accurate which is just as well as the touchstick is too far recessed into its nook for comfortable use. Both the buttons for the touchpad and touchstick don't give enough feedback when pressed though.