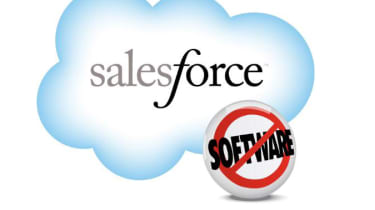 Google did not just bet $12.5 billion on Motorola for the war chest of patents it will acquire as part of the deal, chairman Eric Schmidt said yesterday.

The hardware is important too as Google wants to try its hand at being in charge of the whole phone manufacturing process, Schmidt said during Salesforce.com's Dreamforce 2011 event.

"We did it for more than just the patents. We actually believe the Motorola team has some amazing products coming. We're actually very excited about the product brand," Schmidt said.

"Having at least one area where we can do hardware and software integration - we can learn from that."

Whilst Android partners such as Samsung may be getting edgy around Google becoming a hardware competitor, Schmidt was keen to point out the success of the multi-vendor environment.

"Half a million Android phones are being activated a day if that continues it will fill the planet," the former Google CEO said. "There is a hunger for a multi-vendor platform."

Many analysts believed Google was only buying Motorola to defend itself in the patent wars against the likes of Apple and Microsoft.

Google has been involved in numerous patent battles this year, around 40 of which have focused on Android.

Samsung has been involved in a significant battle with Apple. A feature in Android was deemed to have breached a patent by a Dutch court last month, although the latest version of the Google OS may not infringe on that same patent.

Despite the current tension between Apple and Google, Schmidt had plenty of positive words to say about former CEO Steve Jobs.

"What Steve did at Apple was the best performance as a CEO in the past 50 years," Schmidt said. "Not only did he do it once, he did it twice We've all benefitted from Apple's work.

"I would certainly not be able to do it as well as they did."

Schmidt was previously a member of the Apple board, but did have some somewhat negative words to say about his time there.