Windows 8 aims to combine a touchscreen Windows Phone 7-style interface with a traditional full-power desktop. Mary Branscombe gets hands on to see if it’s a winning combination. 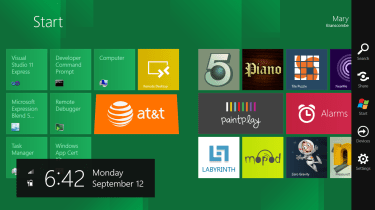 Performance was generally good on our test system, although we did notice issues with some Metro apps crashing or failing to load correctly at times. System requirements for Windows 8 are modest: 1GB of RAM, a 1GHz processor and a DirectX 9 compatible graphics chip. Microsoft claims memory usage is lower because identical pages of memory are only stored once (for example several apps containing the same runtime will effectively load only one copy into memory) and we did see slightly lower figures for similar systems compared to Windows 7, but this will vary significantly depending on usage.

Built-in Hyper-V support is intended for developers, but it also gives power users more options too; it's an optional component which requires a restart and you can lock it down by policy if you don't want to support it.

Windows To Go allows you to run Windows 8 from a USB stick, so you can give users with shared PCs a flash drive with their apps and settings on; when they pull the drive out of a PC their Windows session freezes so no-one else can access it if they forget to log off. It doesn't crash though, so if they reinsert the flash drive they can carry on working - the system runs slowly for a minute or so while recovering state, but it does recover. 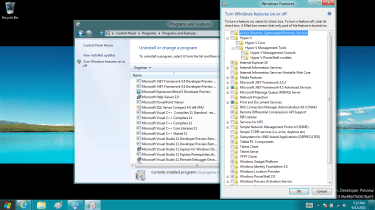 There's also a finger-friendly Metro Remote Desktop app; even the credential screen is Metro-style. This connected happily to a Windows 2008 R2 Server and we were able to drive the server interface by touch (although it obviously wasn't as responsive as the local Windows 8 desktop). 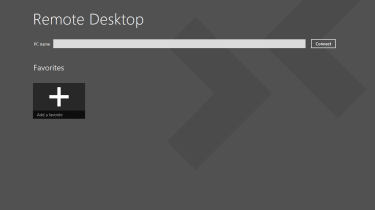 The Metro Remote Desktop app is designed for touchscreens

Windows 8 is not only the next version of Microsoft's familiar desktop interface, but is also the company's answer to the challenge of tablets too. That’s a difficult pair of challenges to straddle and not everything about the new interface is a success. This is also definitely pre-beta software that needs more development work, but we expected that. The good news for businesses is that Windows 8 is still a fully-capable desktop operating system with full compatibility and even more security, virtualisation and remote access options, but with the touchscreen support so many users want. Most users shouldn’t need a new PC to run it, though they may well want a new one for touch. For some workers, iPads and Android tablets can’t replace a PC; with Windows 8 Microsoft could deliver an option that gives business users the best of both worlds.