The next version of Windows Server commoditises storage and network hardware, whilst taking the fight to VMware. 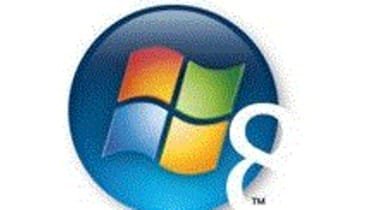 ANALYSIS The mix of fixed problems and new features in Windows Server 8 is what we're used to in a new release from Microsoft.

There are all the features we expected for building private and hybrid cloud systems for enterprises. There's some significant improvements in virtualisation too that give it many more of the features of a server operating system.

Hyper-V can take advantage of a lot more hardware than before; not only can you use up to 160 processors - either cores or threads - and up to 2TB of RAM. Each virtual machine can have up to 32 virtual processors and 512GB of memory.

The new VHDX format supports files up to 16TB rather than 2TB and takes advantage of new sector sizes on the latest hard drives. There's no fixed ratio between logical and virtual processors anymore - you can run as many processors or workloads per physical core as the hardware can support.

Adding more hardware to virtualised systems doesn't always improve performance if the systems aren't using memory that's physically close to the processor thread. Rather than VMs just picking whatever memory is available, those that run on Windows Server 8 now get NUMA (non uniform memory access) support so performance will scale well as you add more cores to a server. It effectively means smarter memory management and therefore improved performance in theory of course.

Windows Server 8 also improves storage performance for virtualisation. If you have a storage array that supports offloading data transfer, when you move data inside a VM that can happen directly on the storage array. It means the system won't have to copy all the data across the network to the server and then back to the same array just move it.

It's easier to use virtualisation for making your infrastructure more reliable, like using Hyper-V Replica to take Volume Shadow Copy off site and cloning domain controllers so you can get them up and running quickly for failover and disaster recovery. Hyper-V also gets more operating system features, like whole-disk encryption with BitLocker even on clusters and using the Windows Hardware Error Architecture to look for problems like memory errors that cause page faults. Predictive failure analysis even finds some faults before they cause problems - because the memory is virtualised, the VM can just remap it without restarting.

Moving running virtual machines is also a lot easier. With Windows Server 8 you can move any part of a VM at any time, whether it's the whole VM, the configuration file for the VM, the storage that the VM is using or just a virtual hard drive inside the VM - and take the metadata and historical performance metrics with it. You can move a VM while it's copying files or running a computation (the work in progress gets mirrored until the migration is complete) and you can do all that over the local network, without stared storage or a cluster.

There have been rumours that Hyper-V was in maintenance mode' and Microsoft was concentrating on management tools and System Center. This array of significant new features for virtualisation proves that's far from true.

There are some significant improvements in management tools, although they're not always coherent or consistent unless you're ready to take advantage of PowerShell. In the messy real world the idealised clear and simple tasks of Server Manager aren't always what you need to do. PowerShell lets you get down and dirty but you still have high-level abstractions for tasks that work remotely. It's a powerful combination but even with the helpful new tools it still has a learning curve.

Microsoft is keen to get admins away from working in a GUI on a live server, encouraging them to use Server Manager or remote PowerShell from a client PC (or a Linux box). An interface is something else for the server CPU to run and something else that needs patching (and something you certainly won't get on a cloud service). There's even a new role between the existing command-line only Server Core, which is what Microsoft thinks you should run, and the full server role, or what Microsoft is calling Full Server without GUI.

Slightly confusingly you can still run Server Manager and MMC tools, but you don't get Explorer or Internet Explorer, making for a more secure system that's harder to mess up by accident. It's also easier to change the server role; if you need something that's not in Server Core you can switch to a Full Server role without installing the server from scratch, and you can switch back handy if you need the GUI to install an app but not to run and manage it.