Gmail is looking like a real competitor for Microsoft Outlook in the business market. 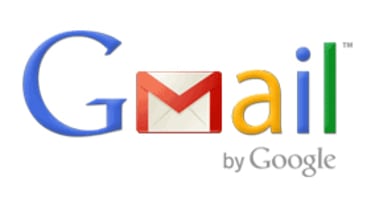 Google's enterprise version of Gmail is presenting a practical alternative to Microsoft Exchange Online, as together they leave others behind in the email race, an analyst firm has claimed.

According to Gartner, a handful of email providers, such as Novell GroupWise and IBM Lotus Notes/Domino, have lost market success over the past several years. Cisco has even closed its cloud email efforts.

Other than Microsoft Exchange, Google Gmail is the only email system that has not fallen down in this chase.

"The road to its enterprise enlightenment has been long and bumpy, but Gmail should now be considered a mainstream cloud supplier," said Matthew Cain, research vice president at Gartner.

"While Gmail's enterprise email market share currently hovers around one per cent, it has close to half of the market for enterprise cloud email."

Google is responding well to customer input in order to improve front-end features, Gartner said. However, Google's lack of cooperation in back-end features regarding security and compliance may be scaring off large enterprises, it suggested.

Financial organisations report that Google is reluctant to add niche features to Gmail, even though customers feel they are relevant to their business. For example, banks may require a Gmail-integrated surveillance application that Google isn't willing to develop based on limited use and irrelevance for unrelated companies.

"The intense competition between Microsoft and Google will make both vendors stronger and enable them to apply cloud expertise to other enterprise cloud endeavors," Cain said.

Google and Microsoft appear to be such dominant forces that others in the market may find it difficult to compete, Gartner said.

Google has been expanding in numerous areas of the web as it continues to grow, including its social site Google+ and a new flight feature, which went live last week.