Following hacks on a Japanese weapons manufacturer, can we start talking about cyber war with confidence? 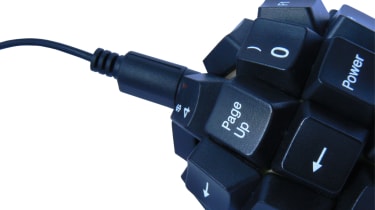 Both public and private organisations will therefore be targets. Furthermore, individuals will be affected. There will be civilian casualties too, in the data sense at least.

"With so many data breaches, it's safe to assume that a quite a lot of private data has been leaked. This high-quality information could be used for blackmail, illegal gains and even sold to terrorists."

Yet, in its incipient stages at least, this revolution will still carry the same issue Japan is dealing with now: there is no one to legitimately blame.

This lack of attribution has the potential to escalate into more serious confrontation. The US has said it retains to right to carry out real-world attacks in response to cyber strikes. But what if it retaliates against an innocent party? What if it assumes an attack is an act of cyber war, when it really wasn't?

An attacker could launch an assault on the government and agencies of one country while making it look like they came from another country.

More worryingly, it opens the door for those wanting to play nations off of one another.

"Cyber warfare operates in an atmosphere of shadow and mirrors - more so than conventional military intelligence or espionage," Cosoi added.

"This could allow groups and nations to operate anonymously to stir up trouble between nations. For example, an attacker could launch an assault on the government and agencies of one country while making it look like they came from another country. If the nations are already on the brink of war, or share a history of animosity, it could escalate dangerously."

Yet cyber war will not always operate in such a surreptitious manner, according to Hypponen.

"The main point of any arms race is the let your adversaries know about your capabilities so they don't even think about starting a fight. We're not yet at this stage in the cyber arms race. Almost all of the development in this area is secret and classified," he said.

Cyber warfare is, it seems, a reality. We just don't have any case studies just yet. Until we do, we cannot talk confidently about it.

Keep in mind, however, that it's simply a matter of time until we have those case studies to hand.