As expected, the £11 billion NHS IT project is canned. But it's not all bad news, according to the DoH. 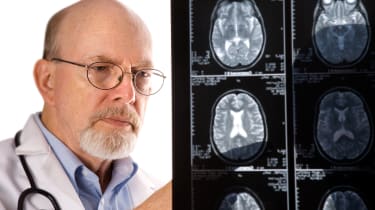 The NHS National Programme for IT (NPfIT) has been officially canned after a number of reports uncovered significant failings in the project.

The Department of Health (DoH) said it was accelerating the dismantling of the 11 billion initiative following a new review from the Cabinet Office's Major Projects Authority (MPA).

That report claimed the project, initiated by the Labour Government in 2002, was not fit to provide modern IT services the NHS needs.

A modernised NHS needs information systems that are driven by what patients and clinicians want.

As pointed out in a Commons Public Accounts Committee report earlier this year, the DoH today admitted a one-size fits all approach was not going to work and greater focus on the needs of end users was required.

"A modernised NHS needs information systems that are driven by what patients and clinicians want," said Sir David Nicholson, CEO of the NHS.

"Restoring local control over decision-making and enabling greater choice for NHS organisations is key as we continue to use the secure exchange of information to drive up quality and safety."

Minister for the Cabinet Office Francis Maude said decision making needed to be devolved down to the frontline.

"The National Programme for IT embodies the type of unpopular top-down programme that has been imposed on front-line NHS staff in the past," he said.

"Following the Major Projects Authority review, we now need to move faster to push power to the NHS frontline and get the best value for taxpayers' money."

One of the central criticisms of the NPfIT focused on the failure of providers to deliver the necessary systems. BT and CSC were the two main providers contracted for the initiative.

A DoH spokesperson said "as things stand," the department would continue to use the same suppliers, including CSC and BT.

Maude said the Government would not allow costly failures of major projects to continue, yet there was no mention of vendors.

However, a new partnership with Intellect, the IT trade body, will "explore ways to stimulate a marketplace that will no longer exclude small and medium sized companies from participating in significant government healthcare projects."

The NHS warned earlier this year it could cost more to cancel NPfIT contracts than it would be to see them through.

CSC had a 3 billion contract for the NPfIT, but it only managed to deliver the goods in three hospitals over nine years, the Public Accounts Committee's report said.

Prime Minister David Cameron warned earlier this year that CSC may not be getting much NHS work in the future due to questions over its work with the health body.

Yet CSC remained confident about its future work prospects.

"CSC fully supports the direction outlined for NHS IT and firmly believes that the significantly modified, more flexible approach we have proposed to drive faster deployment and support more localised decision making, will enable UK government to reap the benefits required from past investments," a CSC spokesperson said.

"We are continuing to work closely with NHS as the programme moves to a more modular approach, whilst ensuring that benefits are increasingly realised by clinicians and front line staff, enabling them to deliver better patient care and build a more efficient NHS."

Not a total failure

The MPA report said two thirds of the 6.4 billion spent so far on the project had delivered working services to the NHS, claiming there were some notable successes.

BT itself was pleased with the work it had achieved, in particular on the core of the shared patient records system known as Spine, the N3 network, the Secondary Uses Service (a single source for a range of NHS data) and the Picture Archiving and Communications Service.

"All of our systems are now underpinning vital services which the NHS relies on," a BT spokesperson said.

"We support the move from centrally led to locally and clinically led healthcare. We have already changed our approach to respond to this and were the first supplier to do so."

Ovum analyst Cornelia Wels-Maug said BT and the NHS had laid the groundwork for some useful IT infrastructure, indicating the project was not a complete disaster.

"I think what the NHS and BT have achieved is to put in place an infrastructure and that is crucial," she told IT Pro. "That is in place and it is working."

Tony Collins, from the Campaign4Change group that focuses on improving Government contract spending, questioned whether the project has actually been canned at all.

"There is no evidence in the press release for the department's claim that the NPfIT is being dismantled," he said in a blog post.

"Negotiations continue with CSC over its 3 billion worth of NPfIT contracts and BT's deals will remain in place."

Read on for our views on how the NHS can fix its IT.