Researchers have created a 'smart' window that can adapt easily to hot or cold conditions. 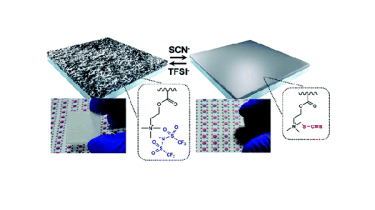 It is hoped the breakthrough could provide a solution to the growing energy crisis as well as reducing costs for businesses and consumers alike.

One of the most important issues of the 21st century is the looming fact that the world will be faced with a serious scarcity of energy.

Scientists Ho Sun Lim, Jeong Ho Cho, Jooyong Kim and Chang Hwan Lee have made use of nanotechnology techniques to enable glass to become clear or dark depending on whether its hot or cold, according to the ACS Nano Journal.

"One of the most important issues of the 21st century is the looming fact that the world will be faced with a serious scarcity of energy. To address the fast-approaching energy crisis, the past decade has seen a large number of research efforts that have struggled to develop renewable energy sources from natural resources, such as sunlight, wind, rain, tides, biomass, and geothermal heat," it stated.

"However, until now, the numerous technologies developed not only have been chemically unstable, prohibiting their use in long-term switching applications but have been accompanied by the use of expensive special equipment and complicated harsh processing conditions."

The smart windows can turn outside heat into energy, providing opportunities for cost reduction and supply of heating, cooling, and lighting.

The windows can also help prevent a building's interior from becoming too hot by reflecting the light away. Conversely, interiors can be kept warm even when it's extremely cold outside.

By combining ions with acetone and methanol - just a few of the chemicals used in the process - the windows are able to control light source and use by aligning liquid crystals and reducing molecules responsible for colour, according to the scientists.

The technology has potential applications in roofing, skylights, vehicle windows and such like, according to the researchers. While the windows are costly, they could ultimately offer massive savings for businesses.