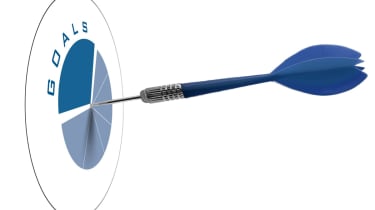 Global IT vendor Fujitsu is looking to take advantage of rival HP's misfortunes to ramp up its sales figures in the UK.

While the timing of a new channel campaign is a coincidence, the UK managing director of Fujitsu's technology solutions division, Michael Keegan, is making no bones about the vendor's plans to grab market share from its "confused" rival.

Keegan admits Fujitsu's market share in the UK in disproportionally small compared to its size and global presence. Fujitsu's product business accounts for 250m of the firm's UK turnover of just under 2 billion. "We are looking to "punch our weight" in the channel and UK market as a whole," he says, referring to the company's single figure market share.

What a mess! For HP to lose two CEOs in a yearI think the market's starting to get quite concerned about HP.

"We're a little bit behind where we should be, and we're looking to be a lot more aggressive and a lot more present than we have been in the past."

Despite describing Fujitsu as "a great technology brand", Keegan admits the firm has been "out-marketed by the Americans" in the UK. "We should be a lot bigger than we are. We own 20 per cent of the market in Germany, 75 per cent-plus of the market in Japan. We're on the wrong scale in here in the UK, and that's largely because we haven't been as aggressive as we should be. Fujitsu should be a 15-20 per cent market share player."

Now however, Fujitsu is "investing heavily" in its channel. It has doubled both its marketing to the channel and the number of its employees working in its channel business. He says the vendor is looking at a year-on-year revenue growth rate of 50 per cent.

"Our big message to the channel is Fujitsu's back, investing and we're out to steal market share from other people. We never left the channel, but we are now investing and growing our channel business quite significantly'," he says.

He went on to launch a withering attack on rival HP's disposal last week of its CEO Leo Apotheker and its PSG business. "What a mess! For HP to lose two CEOs in a yearI think the market's starting to get quite concerned about HP.

"I think there's no real consensus anymore: what is HP? There's a lot of confusion out there; the company itself doesn't know which way it's going. Many channel partners have said to us that the emails they are receiving from HP, it's perfectly clear they don't know what's going on."

Keegan unsurprisingly welcomes the drama at HP, and expects Fujitsu to benefit from any channel fallout. "It's great for us!" he declares. "We fully intend to make the most of the fact there's confusion in the market."

He continues: "In terms of the channel, there are a lot of resellers and distributors who want to have a consistent and reliable relationship with the major vendors who are committed to the channel. By no means is it clear now to a large section of the market whether HP's in that game anymore.

"I think there's a feeling out there that HP and IBM have had their own way for too long. [VARs] want other choices to offer their customers....There are a lot of channel partners now who are looking at Fujitsu's PC portfolio, desktops, mobiles, our new Q550 tablet offering, servers and storage, because they're not sure about HP's commitment."

On Fujitsu's focus on the high end of the business market, Keegan comments: "What's HP's doing now is waking up rather late to the game. We woke up to that five or six years ago when we realised we weren't in the business of shipping cheap boxes out to the UK high street."

Keegan is also "very bullish" about the tablet market, referring the vendor's recent launch of its Q550 Windows 7 tablet. He claims its selling point is that its ability to run classic business applications. "iPad is a fantastic consumer device but that's all it is it has much less relevance to the corporate market because it doesn't run the applications corporates want to use. 95 per cent of business productivity applications run on Windows unless you have it in your kit bag you can't address the market properly."

"We're sending a very clear message to the channel: We're here to stay, we're never going away, and we're investing further in the channel and looking to do a lot more.'"