Q1 Labs is to be folded into the new IBM Security Systems division. 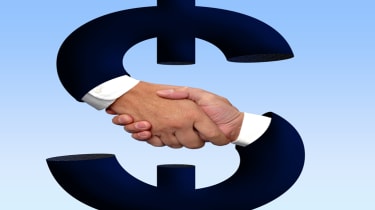 Q1 Labs will no longer be able to claim it is the number one independent security information and event management (SIEM) company after agreeing to be acquired by IBM.

The SIEM vendor was adamant it was not for sale when IT Pro caught up with the company last September, saying it was delighted HP had bought chief rival ArcSight.

Q1 Labs then claimed it was in a better position in the SIEM market as a result of HP's purchase. It said it wanted to become the "Oracle of security intelligence."

Realigning IBM's security expertise in a new division with a greater focus on analytics is a bold step.

That will no longer be the case, as Q1 Labs is set to be rolled into the new IBM Security Systems division as part of the proposed acquisition. Q1 Labs CEO Brendan Hannigan will lead the division once the deal is closed.

Hannigan was only promoted to the CEO role in May, amidst questions of when the company was planning to go public. The Q1 Labs board described him as "the perfect candidate to lead Q1 Labs as we anticipate our Initial Public Offering."

"Since perimeter defense alone is no longer capable of thwarting all threats, IBM is in a unique position to shift security thinking to an integrated, predictive approach," Hannigan said of the IBM deal.

Even though the deal has not yet closed, IBM Managed Security Services has made a cloud-based service of Q1 Labs' SIEM offering available to customers.

Meanwhile, Q1 Labs will be working on creating "a common security platform for IBM's software, hardware, services and research offerings."

"Realigning IBM's security expertise in a new division with a greater focus on analytics is a bold step IBM is taking to help clients stay ahead of growing security threats," said Robert LeBlanc, senior vice president for IBM Middleware Software.

The move means IBM will be going into more direct competition with HP in the security space.

Intel will be looking on with interest too after its subsidiary McAfee bought SIEM vendor NitroSecurity today.