The Apple co-founder dies at the age of 56 as the tributes to the great man flood in from across the globe. 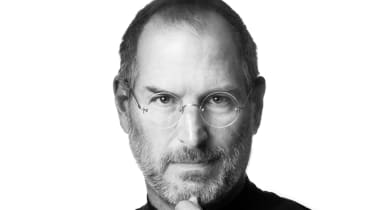 Steve Jobs, the co-founder and former CEO of Apple, has died at the age of 56.

Tributes have been pouring in from around the globe, with US President Barack Obama saying the world had lost "a visionary."

Microsoft chairman Bill Gates said he would miss Jobs "immensely," adding the man who created Apple with Steve Wozniak in 1976 had a "profound impact on the tech world."

Apple's homepage simply contains a picture of Jobs, accompanied by his name and living years (1955-2011).

"Apple has lost a visionary and creative genius, and the world has lost an amazing human being," the company said on a special page dedicated to Jobs.

"Those of us who have been fortunate enough to know and work with Steve have lost a dear friend and an inspiring mentor. Steve leaves behind a company that only he could have built, and his spirit will forever be the foundation of Apple."

Jobs did not have a typical American childhood. Born in 1955 to university students Joanne Schieble and Syrian-born Abdulfattah Jandali, Jobs was immediately put up for adoption and was subsequently taken in by a Californian couple.

He went on to enjoy a diverse adolescence, in which he had a summer job at HP and later went on to work at Atari, where his precocious talents matured.

Apple has lost a visionary and creative genius, and the world has lost an amazing human being.

After dropping out of college to travel to India where he would adopt Buddhism as his main religion something that would shape his philosophy for the rest of his life he founded Apple with school friend Wozniak in 1976. The first Apple computer was released that year.

The man who made Apple

Despite being thrown out of his own company in 1985, Jobs continued to influence the technological world. He established his own computer company NeXT, the technology of which would form the foundation of the Mac OS X. In 1986, he bought animation giant Pixar.

Ten years later, Apple welcomed him back amidst serious financial troubles and, in 1997, he became CEO. After that, he led Apple to become the hugely successful company it is now.

He oversaw the creation of now iconic devices, including the iPod, the iPhone and the iPad, as well as the massively popular range of iMacs and MacBooks.

The company now has an estimated market value of 227 billion and is the world's most valuable technology company.

Jobs became the face of Apple, presenting all the company's major launch events in his charismatic style.

His management style epitomised control. Tales of Jobs walking out halfway through interviewing job candidates or telling employees their work was not good enough within minutes of seeing it have become the thing of legend.

He was criticised by some for enforcing the so-called "walled garden" approach at Apple, making it more difficult for developers to get their apps on the App Store.

Yet Apple has gained millions upon millions of fans, leading some to compare the company to a cult.

Jobs has suffered from health problems since 2004, when he announced he was suffering from pancreatic cancer.

In 2009, he had a liver transplant and took medical leave. He returned to the company only to take another leave at the start of 2011.

Although he was on hand to introduce the iPad 2 in March, he resigned as CEO in August, handing over the reins to the then COO Tim Cook. 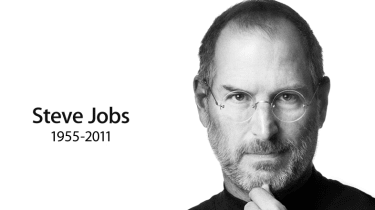