Steve Jobs: The man who made tech for the people

Steve Jobs should be remembered for creating technologies that everyday people love and not just for their aesthetic beauty. 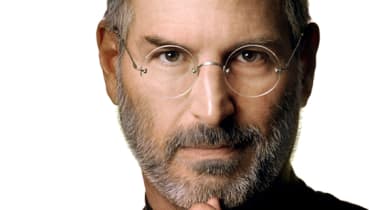 COMMENT Like many who have been touched by genius, Steve Jobs was known as a difficult man to work with.

Former Apple workers have told how he would demolish their projects within just minutes of a presentation, or walk out of interviews for prospective employees he deemed unworthy.

Then there was the iron fist with which he controlled Apple. When he returned as CEO in 1997, with the company he co-founded plagued by financial problems, he worked to create a business that endeavoured to make only the finest products of their kind. He would enshrine this philosophy in Apple's ethos and not let anything distract it from that vision.

It would prove to be an extraordinarily successful strategy, financially speaking at least. Apple is now the second most valuable company in the world.

To get to that point though, Jobs has irked a few people. Outside of being a ruthless leader and having strong words for competitors (once saying Microsoft had "absolutely no taste"), many took umbrage with his business' "walled garden" approach.

The war of words over Adobe was a particularly nasty period one which saw Jobs write an open letter explaining why Apple didn't want Flash running on iOS browsers. In that letter, Jobs said Apple was simply "leaving the past behind," saying the Adobe framework was a hindrance to web development.

Jobs was a hacker that wanted to make things a non-hacker would love too.

It wasn't just this confidence that rubbed certain people up the wrong way. Unsurprisingly, many disagreed with Jobs' viewpoint. Given the amount of Flash content on the web, many wanted compatibility and so were fairly irritated that iOS devices couldn't access videos running on the platform. It also added weight to the argument that Apple was a closed shop which did what it wanted and failed to listen to the demands of the tech community.

Yet that is what has set Apple apart. It made premium products specifically designed for the non-techy man on the street, who were looking like troglodytes by the end of the 1990s. Whatever you think of the way Jobs ran Apple, there is no doubt he led a company that made technology people love. That is what he should be remembered for. Jobs was a hacker that wanted to make things a non-hacker would love too.