The telecoms giants are going to fight tooth and nail to see the DEA scrapped. 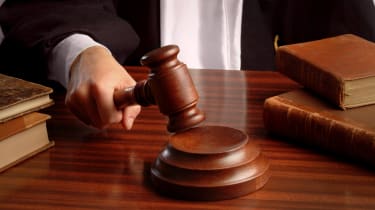 BT and TalkTalk have been granted permission to appeal against a controversial decision to uphold much of the Digital Economy Act (DEA).

The telecoms rivals joined forces to fight the Act, which was rushed through Parliament last year before the general election took place.

BT and TalkTalk secured a judicial review in 2010 only to have their claims against the Act, suggesting the law contravened the EU Electronic Commerce Directive and the EU Privacy and Electronic Communications Directive, dismissed. They then chose to contest that decision, which they have now won.

We now expect the hearing will take place as soon as possible.

Many have taken umbrage with the law's ruling that ISPs can be forced to send letters to suspected copyright infringers threatening legal action. The Act could also ask ISPs to block file sharers believed to have broken the law.

However, the Act was written in a suitably vague manner, making it difficult to interpret the extent to which ISPs could be forced to clampdown on file sharers.

"We're pleased to have been granted permission to appeal the High Court judgment and we now expect the hearing will take place as soon as possible," a BT spokesperson said.

Back in July, BT was forced to block site Newzbin2 for containing links to pirated material, although that was not under the DEA. In that case, it was under the Copyright, Designs and Patents Act.

Rights holders have already shown their dismay at the decision.

"Naturally, we are disappointed at this further delay," John McVay, chief executive of production company PACT, told the BBC.

"However, we respect the decision and are pleased that the appeal hearing will be fast tracked because, in the meantime, online piracy continues to wreak havoc on the legitimate market, threatening jobs and livelihoods."