It would be an understatement to say that the preparations for the London 2012 Summer Olympics are a massive logistical undertaking. The Summer Olympics are, after all, the biggest events of any kind in the world. Understandably, much of the attention has been focused on infrastructure such as the stadiums and venues. While undeniably impressive, the IT behind the Games is just as important if far less visible. 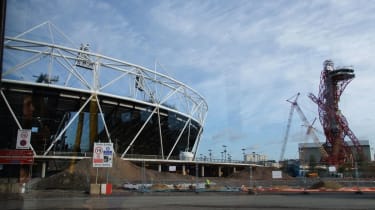 We managed to get a sneak peek behind the scenes thanks to Acer, the Official Sponsor for Computing Equipment for the London Games and the Vancouver 2010 Winter Games. The Taiwanese computing giant is the second largest PC manufacturer in the world and is responsible for providing 9,000 desktop PCs, 2,000 laptops and 900 servers for use at the various venues and support sites as well as the headquarters of the London Organising Committee for the Olympic Games (LOCOG). LOCOG is the publicly-funded body charged with organising and managing the 2012 Games.

Although 95-98% of Acer's computers are ready to be deployed, only 25% are actually in place as most of the venues are still under construction. Most will finally be in place in May-June 2012, just in time for the July 27th start date. A significant proportion of Acer's computers will be used, along with proprietary hardware and software from timekeeping sponsors Omega, to time the competing athletes, keep score and then aggregate and distribute that data to reporting agencies such as the BBC.

LOCOG will be using Acer computers for other tasks of course. 'LOCOG will run all their key applications on acer servers. These range from the normal back office systems such as HR, Finance and CRM to the more specific and Games critical Workforce, Accreditation and Scheduling applications' according to Michael Trainor, Acer's project manager. Trainor has experience of deploying IT at two previous Olympic Games.