Inside the enterprise: RIM's service outages this week have shaken confidence not just in its brand, but in mobile working. 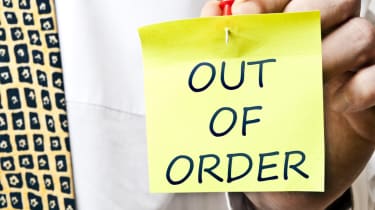 Only rarely does a technology story lead a national radio bulletin, and when it does, it is rarely good news. So when BBC Radio 1 featured the problems affecting BlackBerry messaging and email services, Research in Motion will not have been pleased.

But it is the sheer scale of the BlackBerry outage, along with its "now it's up now it's down again" storyline, and RIM's less than comprehensive explanations that have pushed a story about a technology failure, once again, into the headlines. People who would no more have uttered the words "single point of failure" than they would teach themselves C++ are now debating the merits of core switches.

...If such an important tool fails, it also fails in the bosses' hands. And even if their particular devices or systems are not affected, their belief in the technology, and more broadly in IT, will be shaken.

For consumers unable to access email, and BlackBerry Messenger (BBM), the failure is a nuisance. For small businesses that depend on their email, it has been close to a disaster. More and more business processes are based around email today, whether it is for exception handling from an SAP back-office system, or asking the boss to sign off on travel expenses.

Unplug the email, and those processes either fail, or become desperately clunky. And many users bought into the BlackBerry system because of its perceived security and reliability.

RIM's failure to issue clear and timely statements about the outage has not helped confidence either. Although it is quite possible that the company simply did not know the cause of the problems, a lack of proactive communications has only led to more rumours and more chatter on Twitter and other social networks. And, with reports coming in late on Wednesday that US BlackBerry users were also starting to be affected, there is a growing sense of panic in some quarters of the small business community.

The problem is this. As a CIO, IT director, or manager looking after IT, you have to persuade an, often sceptical, board to invest in technology. Mobile email is a visible technology that is quite easy to understand and brings a solid return on investment. But if such an important tool fails, it also fails in the bosses' hands. And even if their particular devices or systems are not affected, their belief in the technology, and more broadly in IT, will be shaken.

Is that exaggerating the scale of the problem? Talking to some small business BlackBerry users over the last few days, it is not. The hope is that RIM finds a fix, and the fix works. But for IT professionals, the hard work of rebuilding confidence is just beginning.