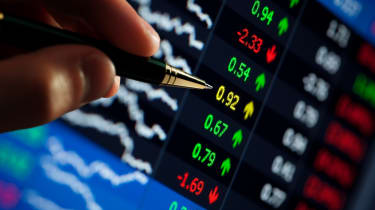 Lenovo has passed Dell in PC sales, and taken the number two spot worldwide, according to the latest figures from analysts IDC and Gartner.

The Chinese manufacturer, which owns IBM's former PC division, saw its shipments increase by 36.1 per cent, based on IDC's third quarter figures. HP, the market leader, also increased its sales, by 5.3 per cent.

The latest data gives Lenovo a 13.7 per cent market share, against 18.1 per cent for HP and 12 per cent for Dell. Dell and Acer saw their sales drop, although Taiwan's ASUS posted strong growth. Apple also continued to gain ground with both analysts ranking it third for PC shipments in the United States. According to Gartner, Apple's sales were boosted by the popularity of the MacBook Air ultraportable.

The good performance for ASUS, Apple and Lenovo masks a less positive picture for some vendors. Although HP's sales do not seem to have been affected by the company's restructuring and possible sale of its PC division, Dell suffered from lower demand from business users. "Dell's issue has been balancing profitability and market share gain," said Mikako Kitagawa, a principal analyst at Gartner. "That is a difficult task in a PC industry where high volumes and low margins are the norm."

And overall, the PC market remains sluggish, with IDC registering worldwide growth of 3.6 per cent and Gartner, just 3.2 per cent. Mature markets, especially central Europe and the US, remain tough, and PC makers also face increased competition from tablets and even smartphones. Gartner believes these have eaten in to sales of PCs to consumers.