Should Dell be so smug about HP ‘turmoil’?

Dell may be happy about HP's problems, but the latter could have the last laugh, whether it leaves the PC business or not. 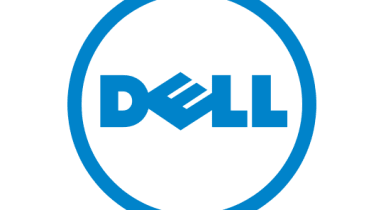 COMMENT Dell was rubbing its hands in glee during its inaugural Dell World event in Austin, Texas this week. Not because of any big product launches (there weren't any), but simply because it was glad to see HP having a few well-documented difficulties in the PC market.

HP stunned the tech world this summer when it announced it would either spin off or sell its PC business, but it was music to the ears of other PC makers. The number one player was packing up and leaving town.

Dell is taking the typically not-so-subtle approach of not mentioning HP's name directly at Dell World 2011, but has, with wry smiles, mentioned how positive the "turmoil" at HP has been for the world's number three PC maker.

During a Q&A session yesterday, executives did not openly berate HP.

However, with a grin on his face, Michael Dell noted how beneficial it was that HP was having a tough time, having fired its CEO Leo Apotheker after he made plans to take the provider out of the PC game.

"It's a benefit to us, the uncertainty and turmoil at one of our major competitors. That should be fairly obvious to anyone," he said.

The "new Dell" believes the client is a big part of providing an end-to-end solution for customers. If you take that away as HP has plans to do, you lose a key part of your offering for IT departments.

"If you're not in that client device, you can't build a complete end to end solution for the consumer. We know there is an enormous connection from one device to another," Dell said

"To take away one part of the solution we don't think makes a lot of sense."

Kick them whilst they're down

To really put the boot in, a Dell-assisted survey showed how customers were concerned about goings on at HP.

The poll of 130 HP customers, carried out by Technology Business Research, showed 47 per cent of respondents using HP PCs or mobile devices were looking into alternatives to HP. A quarter of those using HP servers said they were doing the same. It was a cutting piece of PR from Dell.

Dell may be getting a little too smug, too soon.

Then, during his keynote today, Mr Dell said it was likely HP would have to increase prices of its other services if they left the PC market. Why? Because of the money HP would lose from the supply chain efficiencies of manufacturing PCs something Cisco noted in a leaked memo found by US trade publication CRN.

"Without the PC business, there is very limited supply chain or go-to-market commonality between the remaining parts of HP (printers versus servers/DC networking/software/services), which breaks this virtuous cycle and will require a new, still undefined strategic approach," the Cisco memo read. "By removing PCs, HP has effectively become a conglomerate of unlinked businesses - a direct reversal of the integrated strategy established under Mark Hurd"

Dell believes it won't just benefit from HP's lost PC sales, it will gain in other areas, such as server sales, thanks to the concomitant losses associated with the potential demise of the PC business. It's a win-win-win situation as far as Dell sees it.

Yet Dell may be getting a little too smug, too soon. In not showcasing any exciting new client technologies at this week's event, it will not have impressed onlookers hoping Dell would really capitalise on HP's troubles.

All is not well at Dell, either. The company may have spent much of the conference boasting about the $16 billion in cash it is sitting on, but it has not mentioned the missed revenue targets from the last quarterly results. Nor did it talk about how it downgraded its revenue growth outlook for the full year to between one and five per cent, down from between five and nine per cent.

No doubt it will be a tad red faced being overtaken as the world's number two PC seller in the same week as its big event. Mr Dell shrugged off competition from Lenovo, saying his company focuses more on actual revenues it gets from its PCs, rather than how many users run its hardware. It would surely love to be the top dog in terms of volumes shipped to end users, though. It would only mean more revenues after all

Even if HP does high tail it out of the PC business, it may still have the last laugh.

Furthermore, there are murmurings that HP will go back on its decision to either spin off or ditch its PC business altogether. Citing people familiar with the matter, the Wall Street Journal said internal analysis had shown the negatives of spinning off the PC division outweighed the negatives, leading it to reconsider its position. If that happens, Dell will remain number three and its delight over Apotheker's strategy shift will fade fast.

What if it does leave?

Even if HP does high tail it out of the PC business, it may still have the last laugh. It was fairly clear Apotheker was attempting to do a Big Blue in distancing HP from hardware and that strategy could still drag the company out of the doldrums. You only need to look at IBM to see how well a move away from hardware can turn out.

Having been in financial dire straits in the early 1990s, IBM moved away from hardware and into software and services. Over two decades, it hammered away at that strategy, eventually becoming the second most valuable firm in technology last month.

It will be difficult for HP to make a similarly successful transition and it will be undoubtedly costly in the near-term. Yet if it can become a great software and services player, Dell will have to admit it was wrong to mock HP. Indeed, given Dell has no real clout in big software spaces especially massively lucrative ones like analytics and business intelligence its cheeks could be looking even more rouge in another decade or so.