There's no love lost between Ballmer and Benioff at Dell World, as the rivalry heats up. 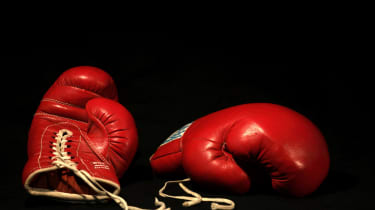 The two companies have had a not-so-friendly rivalry in various cloud segments over the past decade, particularly in the CRM market.

I was pleased not to be talking on day one - a day of idle chatter in my opinion.

Both had keynotes at Dell World, and traded some harsh words. First was Benioff, who took his dig at Microsoft when talking about how Facebook had enabled revolutions, like the Arab Spring.

"I was pleased not to be talking on day one - a day of idle chatter in my opinion," the Microsoft head said.

The competing vendors have been hugely aggressive in their marketing tactics over the past year, as seen at 2010's Dreamforce event when Benioff claimed Microsoft was a monopolist.

His harsh comments came after Microsoft offered to rebate companies up to $200 for each user who made the switch over to Microsoft Dynamics CRM Online from Salesforce.com.

Last year also saw the two reach a settlement over a patent infringement case brought by Microsoft. It seems there is no love lost between the two CEOs.

Despite the friction with Benioff, Ballmer took the chance to talk about the cloud-related benefits of Windows 8 at Dell World.

Like Dell, Microsoft has been pushing ahead with its cloud strategy in earnest this year, with its new operating systems at the heart of that.

At Dell World, it took the chance to demonstrate migrating a virtual machine between hosts with Windows Server 8. Microsoft's CEO added that Microsoft is a changed company that has embraced the move to the cloud.

"We're going to see a gradual migration [to the cloud] over the next 10 years. That means really getting that infrastructure right," Ballmer said.

"We're re-imagining not only the private cloud with Server, but the public cloud too with Azure."

To learn about some of the cloud and virtualisation benefits of Windows Server 8, head here.