Nearly a year after its initial release, Windows Phone 7 becomes 7.5 with the arrival of Microsoft's 'Mango' update. It's much anticipated by current WP7 users, but is this fruit juicy enough to tempt those considering a divorce from Android or iOS? Kevin Pocock finds out in our review. 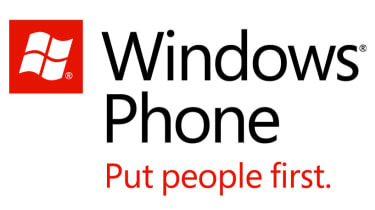 It's impossible for us to cover the "hundreds" of improvements and tweaks in Mango, but having updated our HTC HD7 through Microsoft's Zune software, we've extensively tested the most important features, and come away with a very clear view.

For a start, users of Windows Phone's Office Hub will notice welcome changes. The interface, split between Notes, Documents and Locations, is still easily navigated via side-swipes. You now have the ability to sync documents between SkyDrive and your handset users had previously been limited to SharePoint support. There's the arrival of OneNote to-do lists, which is a very handy way to keep on top of your daily tasks, and the ease of both searching and editing Office documents throughout the hub is nothing short of pleasing. Further additions include the arrival of Office 365 integration which we were unable to test, for reasons explained in the paragraph below and a tweak to Excel providing an AutoSum function along with notably easier cell selection.

Synchronising an Exchange account with our test phone failed due, we suspect, to a quirk of our company Exchange server.

The improvements continue into those equally crucial parts of the WP7 interface for Email. Threaded emails keep related messages neatly stacked together, while linked inboxes are an improved version of the unified inboxes in other mobile operating systems. Here, you can pick and choose which inboxes you want unified and you can have multiple linked inboxes. Each one can be pinned to the Start screen as a tile, and renamed to reflect a project or group. However, a minor downside is the inability to select a default account for sending messages you'll have to select an account each time, and we found that a little frustrating.

Still, some good news comes in the form of spaces now being allowed in Outlook Exchange usernames. However, synchronising an Exchange account with our test phone failed due, we suspect, to a quirk of our company Exchange server. This also meant that Office 365 remained frustratingly out of reach. We were unable to log into Office 365 since Windows Phone 7.5 it wouldn't recognise our Exchange credentials. Even erasing the account and starting from scratch didn't help.