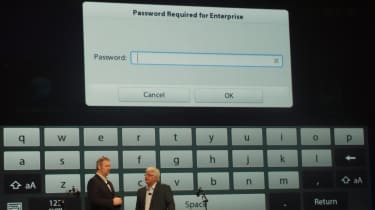 As part of its newly-announced BBX platform, RIM will deliver a new version of the BlackBerry Server with a host of security-focused additions.

With the consumerisation of IT, the conundrum is IT wanting to manage and the end user wanting to have one device that gives them access to all their experience.

Balance is included with BlackBerry 7 smartphones, allowing IT admins to encrypt, manage and delete company data on the phone without affecting personal content like photos. BBX will combine that with business app deployment through BlackBerry Enterprise Server.

"We're going to take Balance all the way down to the metal of the OS," said Alan Panezic, RIM's head of enterprise product development. "When you have a PlayBook with Balance and it's provisioned against a BlackBerry server, it gets a new secure area and any app pushed by the business is automatically stored there.

"With the consumerisation of IT, the conundrum is IT wanting to manage and the end user wanting to have one device that gives them access to all their experience. CIOs are saying I'm ok with that as long as I can be sure that data is protected.' Security and compliance is critical."

These enterprise apps will appear in a new tab in the PlayBook OS, labelled Work, and they'll support single sign-in with the user's existing corporate password. Employees won't have to use a password on the PlayBook itself (unless that's set by a separate policy), so they won't have to type in a corporate password until they open an enterprise app.

On the next version of the PlayBook OS, enterprises will also be able to provision their apps directly to the PlayBook through BlackBerry App World without having to upload their apps publicly. When the PlayBook is connected to a BlackBerry server that pushes apps to devices, a new Work section appears inside App World, showing only the enterprise apps they can install from the server. To the PlayBook user, they appear and install like any other application in App World. 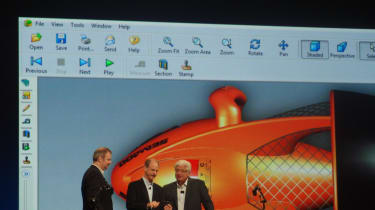 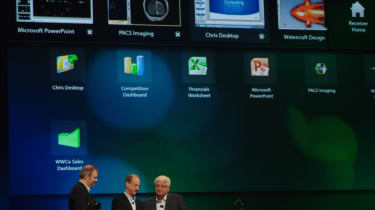 This allows enterprises to virtualise the full Windows desktop or to package up and stream individual PC applications, using existing Citrix infrastructure. The Receiver interface is written in AIR and supports single sign-on, multitouch and multitasking, so users can run multiple virtualised apps or multiple remote desktop connections on the PlayBook, alongside other PlayBook apps.