Motorola shaves back the years with new RAZR

The new device looks powerful and tough, with a screen featuring the Kevlar material used in body armour. 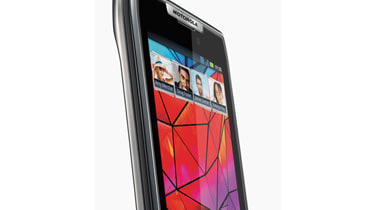 This Android 2.3.5-powered smartphone is a successor to the original clamshell handset that sold more than 130 million units after its launch in 2004.

According to Motorola, its lightweight RAZR is 7.1 millimeters thin and sports a 4.3-inch display screen that features Kevlar the same material used in military body armour - to prevent the screen against scrapes and scratches.

The phone also has a dual-core 1.2 GHz processor, 1GB of RAM, an eight-megapixel camera, a front-facing HD camera and a 1080p video capture.

We've done it again with a head-turning, ultra-thin smartphone.

Every part of the RAZR, including the electrical board inside, is protected by a splash-guard coating, making the phone water resistant.

The RAZR comes with a preloaded MotoCast app, which allows users to stream music, films or files from their personal computers straight to the phone.

"Smart Actions can turn down the ringer when you step into work, change the Bluetooth and GPS settings when you get home to save battery or send a text to someone if you miss their call," added Motorola.

With accessories sold separately, Motorola makes it possible to browse the web from a HD dock, connect to speakers for large-screen entertainment and edit documents, amongst many other features.

Recently, Motorola agreed to be acquired by Google, meaning the latter should soon own both the hardware and software that make up the RAZR.

The device will be available in North America, Asia, Europe, Latin America, Middle East and Africa starting in November.