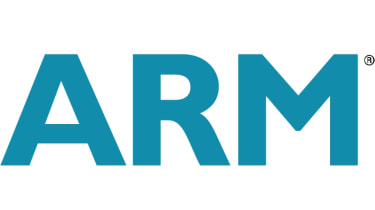 There are few great British tech success stories. ARM, however, is undoubtedly one of them, so much so you'd be forgiven for thinking it came from auspicious beginnings. But you'd be wrong.

"Acorn was a company that kept failing. We were used to having great products that went nowhere," said current president Tudor Brown. It hardly sounds like the launchpad for a company that turned over 410 million in 2010, but for Brown, and 11 others, that was the situation which led to the creation of ARM in 1990.

The 2000-strong Cambridge firm is now one of Britain's biggest tech success stories, but you're unlikely to have heard of ARM unless you pay attention to smartphone specifications. It's made millions from its unique business model: designing mobile processors, licensing them to manufacturers and watching them take over the world.

ARM traces its origins to the days of the wildly successful, Wozniak-designed Apple II. At the same time Acorn Computers had the BBC Micro. Yet both Apple and Acorn realised they needed to develop successors.

It's very easy in hindsight to think of it as a glorious new start-up.

Apple used a Motorola chip inside its next PC, the Lisa, but Acorn decided there were no adequate processors on the market. With that in mind, and with a fair share of confidence, Acorn started a project to build its own in 1983. It would become the Acorn Risc Machine, or ARM.

By 1985, the team - which also included fellow founder John Biggs - had working silicon: a chip consisting of 25,000 transistors running at 6MHz. Despite this early success, the development proved too expensive for Acorn: "Acorn desperately wanted rid of us and we felt desperately unloved," said Biggs.

Ironically, the firm's main competition, Apple, saved the day. "Apple came to Acorn and wanted to build a product on our technology," Brown said. The idea of a joint venture was spawned. Brown, Biggs and a dozen eager engineers - financed partially by Apple, and with help from circuit board manufacturer VLSI Technologies - got to work.

ARM Holdings was formed on 27 November 1990 with the goal of "taking the technology and making it commercially successful," according to Brown. But the firm's early excitement was pervaded by a sense of trepidation. "We were free from Acorn, our own masters, and we respected each other - it was very much a case of let's give it our best shot,'" says Brown. "It's very easy in hindsight to think of it as a glorious new start-up," Biggs added.

That "best shot" helped ARM create its first successful silicon - the chip that powered the Apple Newton. "It was the world's first PDA and it's the forerunner of what's become the iPhone today," Brown said.

The Newton was something of a commercial flop. Brown says its relative failure meant ARM had "very little presence within Apple" after its launch. Nonetheless, it helped the embryonic chip designer get a foot in the door.

Fast-forward to 1994, and the firm introduced a product both Brown and Biggs agree was one of ARM's most important: ARM7TDMI. It was "the genesis of all mobile phones," according to Brown, and has been a phenomenal success. Motorola, Nokia and Texas Instruments were three early customers but even today the product still accounts for a third of the company's shipments.

Despite the fact the company was still working out of a building affectionately dubbed "The Barn" (see below for picture from ARM), the launch of ARM7TDMI coincided with a burst of stratospheric growth. 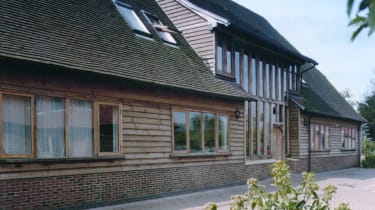 It was when ARM's current executive vice president of marketing, Lance Howarth, joined. "I'm employee number 47, but by the end of that year we'd got 87. We had desks in corridors, and our whole lives revolved around the company."