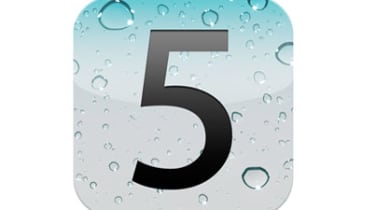 Until now iOS has lacked a reminders app, which is odd considering even ancient Palm PDAs had basic to-do list/reminder capabilities built-in. This has now been fixed with the inclusion of the Reminders app. It's a rather basic app that can alert you when a to-do needs to be completed. You can't have separate lists of reminders, say one for work and one for home. Oddly, the priority setting doesn't seem to do anything high priority items don't go to the top of the list for example.

One interesting feature is location-based reminders. The app can alert when you leave or arrive at a certain location. However, the effectiveness of this feature is very much dependent on the strength, reliability and accuracy of your GPS signal. The app itself could also be more flexible you can only choose from your current location or an address saved in your address book. The location reminder feature can also drain battery life. Still, it's adequate as a basic to-do list, but location reminders aside, demanding users will want a more sophisticated third party app.

As we're always keen to point out, the iPad isn't just an oversized iPod Touch its larger, higher resolution screen makes it very different in use from its smaller iOS cousins. As if to emphasise this, there are a couple of iPad-specific features in iOS 5. They're quite well hidden though. 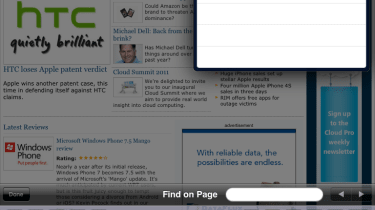 iPad users who upgrade to iOS 5 can use a split keyboard when thumb typing.

The first is a new split keyboard, reminiscent of some ergonomic desktop keyboards. Simply use the zoom-out pinching gesture on the keyboard to split it into two. This works whether the iPad is held horizontally or vertically and the height of the split keyboard can be adjusted simply by sliding it up or down. The odd layout takes some getting used to, but it makes thumb typing much easier than with the standard keyboard layout. We only wish Apple had added an extra row of number keys.

New gestures based on swiping with four or five fingers triggers a variety of actions depending on the direction. Swiping upwards activates the multitasking bar. A horizontal swipe switches between your most recently used apps, while pinching takes you back to the Home screen. The IT Pro office was divided between those who thought these extra gestures were useful and those who thought they were extraneous, but they are at least fun to try out.