Some sub-$100, HD-enabled thin clients are on the way thanks to Citrix's move into system-on-chip technology. 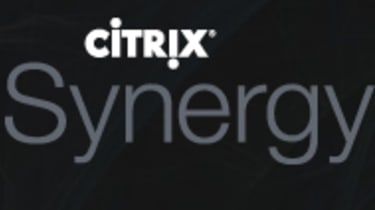 Citrix is backing the thin client cause by announcing high-definition virtualisation capabilities on-a-chip.

The virtualsation giant has recruited a host of major hardware manufacturers as partners for its Citrix HDX Ready System-on-Chip (SoC) project, including two of the world's top three PC makers in HP and Dell.

However, Citrix has already worked with Texas Instruments and thin client software company NComputing to produce a reference architecture, based on ARM-designed processors. Support for x86-based systems is coming soon, the vendor said today during its Synergy 2011 event in Barcelona.

We are delivering a full HD user experience at a fraction of the cost.

Citrix expects devices using the in-chip HDX desktop virtualisation product, designed to bring high-definition experiences to end users, by early 2012. Making the proposition even more attractive for IT departments is the potentially low price, with Citrix hoping to break the sub-$100 per device point.

The company expects to see entirely new classes of thin clients appearing as a result of its announcement. These include systems comprising solely of a network monitor, a shop kiosk or system controllers on factory floors.

"We are delivering a full HD user experience at a fraction of the cost," said Citrix chief Mark Templeton. "There's a lot of momentum building here."

The move to SoC forms part of Citrix's bid to cut the overall cost of virtual desktop infrastructure (VDI). Citrix said the SoC devices would be "future proof" too, as the HDX capabilities could be upgraded.

During Citrix's Synergy event in San Francisco earlier this year, the firm announced its biggest ever upgrade to HDX, with improvements to Flash redirection, better graphics capabilities and other WAN optimisation enhancements.

At that same event, the virtualisation vendor talked up its partnership with Google and the integration of Citrix technologies with Chromebooks the web giant's browser-based, thin client play.

The sub-$100 HDX-powered devices will go head to head with the Google machines in the thin-client market, yet the partnership will not be disrupted by the announcement, John Fanelli, vice president for enterprise desktops and apps, told IT Pro.

"Google could work on a device with HDX-ready system-on-a-chip. That's a possibility," Fanelli said.