The latest internet research finds continued growth in European high-speed internet connectivity that the UK is struggling to match. 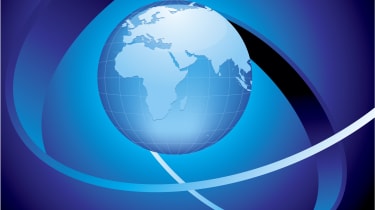 Akamai's State of the Internet report found the country floundering in the European rankings, with only 30 per cent of UK broadband connections above 5Mbps, in comparison to regional leader The Netherlands, where 68 per cent of its population get equivalent speed services or faster.

This was despite the fact the data, complied from more than 604 million unique internet protocol (IP) addresses connecting to Akamai Intelligent web acceleration platform in the second quarter of 2011, found the UK ranking came from a 70 per cent year-on-year boost in the number of connections that were 5Mbps or faster.

The UK also came 11th in Europe, with 91 percent of connections above the average 2Mbps speed. And it was ranked sixth globally, with a quarter on quarter growth of 3.5 per cent and year-on-year growth of 15 per cent.

While no UK city featured in the breakdown of average connection speeds by the top 100 global cities table, the report highlighted how the UK came 28th in terms of average peak connection speed by European country with a speed of 18.9Mbps.

The government has already pushed back its goal of 2Mbps broadband speeds to all homes by 2012 to 2015, while it recently announced plans to co-fund rural broadband projects.

Boosting broadband speeds and penetration is also the object of a new regional 9.2 billion (8 billion) fund proposed last week by the European Commission for spending on super-fast broadband networks infrastructure and services access.