Nokia and Microsoft: not yet doing the business

Inside the enterprise: Nokia has unveiled its much-anticipated Windows phone. But the focus seems to be on consumers. 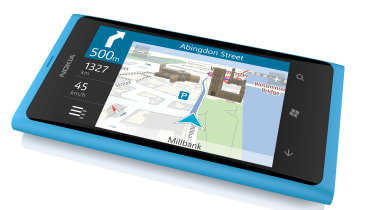 This week, Nokia unveiled its first two phones based on Windows. The handsets are the result of a deal struck between Microsoft and Nokia in February, after Nokia CEO Stephen Elop's now infamous "burning platform" memo.

Turning around an entire smartphone strategy and especially the strategy of a company the size of Nokia in under nine months is no mean feat. And the resulting phones, shown for the first time at the Nokia World conference in London, seem to have integrated "Mango", or Windows Phone 7.5, and Nokia's hardware, reasonably well. The flagship Lumia 800 phone does rather resemble the Meego-powered N9, although that is in itself, no bad thing. And it is certainly slicker than most other Windows Phone 7 devices currently on sale.

The issue lies more in the way Nokia is positioning the phone, and in the software; in fact, the two issues are tightly connected. Nokia is not really presenting the Lumia as a business phone, but rather a rival to Android, and at a push, the iPhone. During Stephen Elop's Nokia World keynote, there was plenty of emphasis on consumer-friendly apps such as social media and entertainment, but precious little talk about the enterprise.

And the enterprise functionality of Mango, at least in its current incarnation, seems rather limited. Although there is support for Exchange email, support for Exchange Active Sync (AES) is described only as "partial". It lacks business critical features such as device and memory card encryption.

But Windows Mobile 6.5 had full AES support, and Nokia's previous, Symbian-based e-series phones, supported encryption as well as other, business friendly features. In the same vein, Office on Windows Phone 7 is slick, but in terms of features, falls short of earlier versions or even of the version of Office that ships next year for Nokia's Symbian Belle phones.

None of this may matter, if Nokia's true focus is on the consumer. But cracking the consumer market with a Windows Phone handset, even a good one, will be very tough (one analyst IT Pro spoke to described it as "dads disco dancing").

The business phone market, on the other hand, is calling out for more competition. Not every business wants, or can afford, the iPhone, and IT directors' faith in BlackBerry has been shaken by its network outage earlier this month. And there are still plenty of companies using older Windows Mobile devices, which are now due for an upgrade.

There is still a chance for Nokia to take on the enterprise market, perhaps with a Windows version of the E-6 or even the N8. But Nokia is hampered by the limitations posed on its designers by the Windows OS. Unless, or until, Microsoft updates Windows Phone so it at least has full Exchange ActiveSync support, enterprises are unlikely to adopt the Lumia. And it may be too great a stretch to convince them to buy Symbian phones instead.