RBS teamed up with Fujitsu to roll out thousands of virtual desktops and it's not even finished yet. 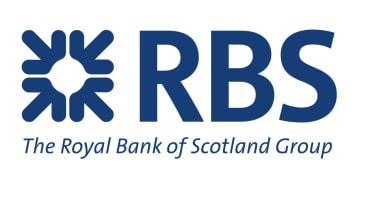 CASE STUDY Given the economic chaos banks are currently embroiled in, avoiding additional headaches is vital for financial institutions like RBS.

The bank recently faced a challenge many other organisations are looking at: migrating from Windows XP to Windows 7. It had two options on the table.

The bank could either completely refresh its desktops, or roll out a virtual desktop to most of its workforce. Neither option would be pretty, but the overwhelming benefits of the virtual desktop over the refresh convinced RBS to go down that route.

We were very keen to transform the way that we worked and we knew we couldn't do that by staying with a legacy desktop.

It turned out to be a major programme. RBS wasn't looking at a straightforward rollout its objective was virtualising 80 per cent of its desktops. That included transforming 55,000 desktops in the UK and preparing almost 2,000 applications across the world.

The birth of a project

It all started in October 2009 when RBS needed to rethink its desktop roadmap. Having previously spent a massive amount of capital - 70 million - upgrading its desktops from Windows NT to XP, the IT team was keen to not suffer the same financial impact.

A fact Diamond and his team couldn't ignore was that the value proposition of maintaining desktop currency was not attractive to the business, but was required to maintain regulatory compliance. It was simply another cost for RBS that had little business value

"You don't want it. It's a cost of doing business. [Many of our users] would happily stay on Windows 3.1 for the rest of their lives, as long as their applications work," Diamond told IT Pro.

"A major driver of the project was the expense of maintaining support and compliance on the desktop. It was a big, big lever. Notwithstanding that, we were very keen to transform the way that we worked and we knew we couldn't do that by staying with a legacy desktop."

RBS had to break the ties between the user and the desktop in order to make a move away from distributed computing to a new user-centric model where both apps and data "follow" employees wherever they are and whatever device they use. Desktop virtualisation was the answer. This could also unlock a major opportunity for property consolidation with higher user to desk ratios.

RBS brought in Fujitsu to design and deliver a fully managed desktop-as-a-service solution, based on Citrix software and thin client hardware where required. One smart move that allowed RBS to really "sweat the existing assets," was the conversion of existing fat client desktops into "Kiosk PCs" or dumb terminals. This allows a very low risk and low impact deployment strategy, where hundreds of users can be migrated per day, over the wire'.

"Fujitsu are effectively providing RBS desktop-as-a-service from within the RBS firewall operating within the bank as a platform owner'. They're using RBS data centres, network and space because, as a bank we need control and security, but Fujitsu own the desktop service. They're running the platform end-to-end which includes the break-fix, support, anti-virus, application packaging and distribution," Diamond explained.