The ultra-portable laptop market has been all but sewn up by the MacBook Air, but Intel's new Ultrabook specification could turn things around for Windows users. Tom Morgan takes a closer look at the first Ultrabook, Asus' Zenbook. 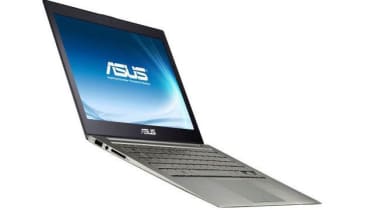 Built from tough yet lightweight aluminium and only three millimetres thick at its thinnest point, the 13in Zenbook UX31 is a stunning looking laptop. Its sharp edges, straight lines and brushed metal lid are a stark contrast to Apple's curvier MacBook Air, which should help it stand out from the crowd of Air imitators inbound from other manufacturers. Having said that, the resemblance between the two is striking especially the tapered profile and rigid, sturdy metal build. Both machines weigh an incredibly light 1.3kg, but the Zenbook is a bit smaller by a few millimetres although it's not enough to notice. You won't find taking the Zenbook with you on the move a struggle. 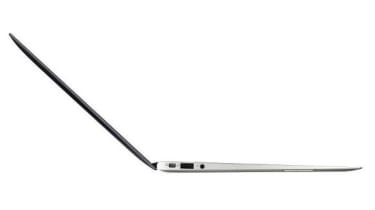 The UX31 stands out from the competition thanks to its high resolution screen. Where other manufacturers are using 1,366x768 resolution panels, the 13in Zenbook has a much bigger 1,600x900 display. This makes a huge difference when working on multiple documents or large spreadsheets, as you can fit much more onscreen without having to scroll. Image quality is excellent, with accurate colours and ample contrast. The screen is almost painfully bright, but viewing angles were only average and we would have preferred a matt display to combat light reflections, but there's enough screen tilt that screen glare shouldn't be a major problem. 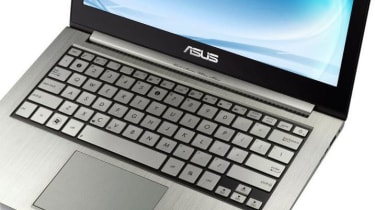 The Zenbook isn't backlit and, more importantly, isn't quite as comfortable and responsive as others we've seen.

Despite the razor thin chassis edge that can rub on your wrists, the keyboard is comfortable to type on. The full-width keys are well spaced apart and use a standard layout, which makes it easy to find the lesser-used punctuation keys. Given the incredibly thin chassis, there's not a lot of travel in each key, so the keys felt a touch stiffer and less responsive than the MacBook Air's keyboard but it is possible to get used to it. You don't get a backlit keyboard like you do with the MacBook Air, but our real concern is that the power button is dangerously close to the backspace key. A white LED in its corner helps it stand out from the other keys to avoid accidental presses, but it feels identical to the other keys and could still result in some shutdown-related mishaps.