The UK will respond to cyber attacks as it would to any other national security threat, the Prime Minister says. 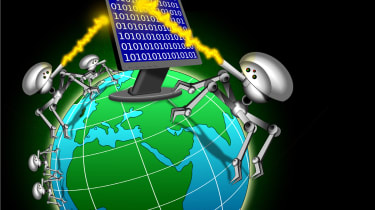 David Cameron today indicated the UK Government could respond with physical force to cyber attacks, as the US has pledged to do.

Speaking at the inaugural London Conference on Cyberspace, the Prime Minister said the UK would respond to a cyber attack "as robustly as any other national security threats."

"Every day we see attempts on an industrial scale to steal Government secrets," Cameron said. "Highly sophisticated techniques are being employed."

The US released an International Strategy for Cyberspace document earlier this year, which said "when warranted, the US will respond to hostile acts in cyberspace as we would to any other threat to our country."

"We reserve the right to use all necessary means - diplomatic, informational, military, and economic - as appropriate and consistent with applicable international law, in order to defend our nation, our allies, our partners, and our interests."

Whilst the UK has not laid out such strong claims on paper, Cameron's comments indicate the UK is aligning with the US in the cyber strategy space. Cameron described cyber attacks as a "tier one threat."

Every day we see attempts on an industrial scale to steal Government secrets.

US vice president Joe Biden spoke at the London event today in place of secretary of state Hilary Clinton, reiterating the US' strong stance.

"International law principles are not suspended in cyber space," Biden said. "While cyber space is a new realm, we have many years of hard won guidance for this space."

The US vice president noted a problem in determining the responsibility of attacks, however, saying it was more difficult to validate the size of a nation's cyber capabilities than it would be to verify the size of a real-world army.

China has been number one suspect in many hack cases this year. Fingers were pointed to Beijing when security giant RSA was compromised earlier this year. The same happened when a Japanese military contractor, Mitsubishi Heavy Industries, was hit.

Cameron also took the opportunity to back comments from foreign secretary William Hague from earlier in the day, stressing the need to defend the openness of the internet.

"We cannot go down the heavy-handed route. If we do that we'll crush all that is good about the internet," the prime minister said.

The 11 signatories urged the UK Government "to seize this opportunity to reject censorship and surveillance."