Despite no financially significant attacks to date, Get Safe Online warns users about mobile hackers. 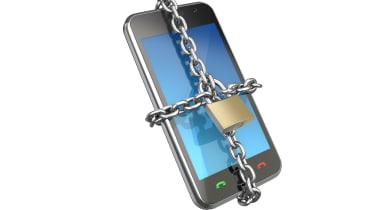 The mobile threat is real and companies as well as citizens need to get protected, according to a web security campaign launched today.

As more people use their smartphones for transactions and hosting valuable data, cyber criminals are increasingly looking to attack the devices, the Get Safe Online team warned.

Research from the campaign found 17 per cent of smartphone owners were using their mobile device for "money matters."

The volume of mobile malware has not yet reached the epidemic proportions of computer-based malware.

"While accessing the web via a mobile device can be fun and save time, it's important to be vigilant," said minister for cyber security Francis Maude.

"This week, we are encouraging everyone to take a few moments to visit www.getsafeonline.org and make sure they follow the right advice for using mobile devices securely and safely."

One of the main tricks mobile attackers are using is placing malicious apps on popular app stores, as seen with the DroidDream outbreak earlier this year when numerous dirty applications were found on the Android Market.

Many such apps look to force users into texting premium rate numbers, thereby handing money over to cyber criminals.

"With users now installing and removing apps with increasing frequency, this overall volumemeans the chance of encountering a rogue app is now higher than ever before," said Trend Micro's director of security research and communication Rik Ferguson, writing in the Get Safe Online report.

"The volume of mobile malware has not yet reached the epidemic proportions of computer-based malware, but criminal interest is clearly there and growing."

It's kind of a big deal

Despite widespread concerns about the mobile threat, there have been no significant attacks in which large sums of money have been stolen from smartphones.

In the whole of 2010, Kaspersky only spotted around 135 different species of mobile malware, compared to the vast number of PC-focused malicious software.

However, there is a consensus across the industry that mobile security is something businesses should worry about. Recent figures from G Data showed mobile malware spiked 273 per cent in the first half of 2011, compared with the same period in 2010.

"The mobile threat is a real thing as we are increasingly using mobiles for banking and social media," Bob Tarzey, security analyst at Quocirca, told IT Pro.

Tarzey suggested many of the attacks would focus on Android, the most popular mobile OS in the world and one of the easiest to develop for.

For businesses, the analyst recommended taking the half glass empty approach. "The rule of thumb is to assume the device is going to be compromised and work from that principle," Tarzey added.

"It's all quite manageable."

Read on for our feature on why it's time to worry about mobile security.