Juniper tries to play down a BGP issue believed to be the root cause of website outages across the world. 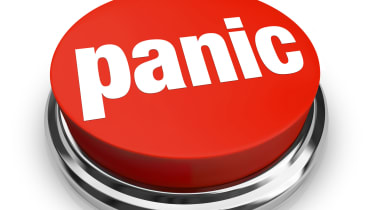 Customers across the world reported seeing core dumps by their Juniper routers on Monday, with many suspecting a BGP update was to blame. The vendor subsequently confirmed suspicions.

A software fix is available, and we've been working with our customers to immediately deploy the fix.

"A software fix is available, and we've been working with our customers to immediately deploy the fix."

Juniper did not go into detail on what the "issue" was. It appeared a BGP update did not work perfectly with routers being managed by the company's Junos operating system, versions 10.2 and 10.3.

US-based ISP Level 3 Communications was hit hard, according to reports.

"Level 3's network experienced several outages across North America and Europe relating to some of the routers on our network," Level3 said yesterday.

"Our technicians worked quickly to bring systems back online. At this time, all connection issues have been resolved, and we are working hard with our equipment vendors to determine the exact cause of the outage and ensure all systems are stable."

Thousands of websites were reportedly affected. Link shortening site Bit.ly said it was experiencing issues thanks to Level 3's problems.

"bitly is operating normally, but there is a general connectivity issue at Level 3 affecting multiple ISPs and networks," the company said on its Twitter feed.

BlackBerry maker RIM was also hit by connectivity problems, alongside UK ISPs Easynet, Eclipse Internet and MerulaSupport, according to reports.