Huawei in patent talks with Microsoft

Microsoft is looking to secure more money from Android device makers, as talks with the Chinese firm continue. 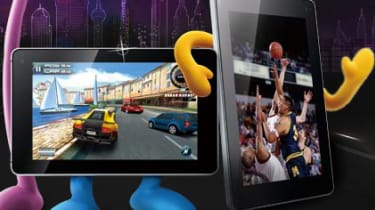 Huawei is in discussions with Microsoft about potentially paying the Redmond giant royalties for using Android in its soon-to-be-released devices.

Microsoft has scored deals with numerous Android smartphone and tablet makers to gain royalties from them, as it believes Google's mobile OS is infringing its intellectual property.

The Windows Phone 7 creator has secured patent license agreements with companies producing half of all Android devices, including Acer, HTC and Samsung.

Huawei could soon be added to the list, after Huawei Device's chief marketing officer Victor Xu said talks with Microsoft were "in progress," according to reports.

The Chinese company is planning to make a splash in the client market with two Android-powered devices the MediaPad and the Vision smartphone.

The MediaPad, which will cost 275 not including VAT when it lands in the UK in the first quarter of next year, comes with Android 3.2 Honeycomb, a seven-inch screen and a Qualcomm 1.2GHz dual-core processor.

The Vision, which comes with a 1GHz processor and Android 2.3 Gingerbread, is reportedly going to land before Christmas courtesy of Phones4U.

Huawei also announced plans to launch three design centres outside of China, the first of which will be based in London and focus on the European smartphone market.

"Going forward we will be developing products that are much more advanced in their look and feel," Mark Mitchinson, who will run the London centre, told the BBC. "But that will come as we develop what we are doing in terms of our London design centre."

Huawei isn't just playing in the consumer sphere. The vendor has a strong networking equipment division and recently said it expects deals in the enterprise sector to bring in more than $7 billion of business by next year.