IT spending: recession "knocking at the door"

Inside the enterprise: Gartner argues that European IT budgets will be under pressure next year, and CIOs need to be prepared. 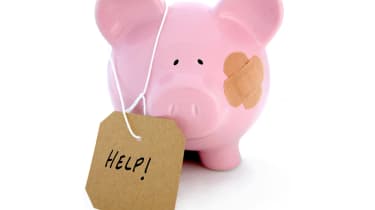 IT departments may have only just caught their breath, following the 2009 recession. But CIOs should be preparing for a few more lean years.

This is the stark message put forward by Peter Sondegaard, head of research at Gartner, during the analysts' European conference in Barcelona this week.

The implications of this are far reaching. In the UK, inflation, measured by the Retail Price Index, or RPI, reached 5.6 per cent in September. Even if prices of IT hardware stay down, other IT costs, including staffing and premises, are heading upwards. Effectively, next year's low growth represents a cut in IT budgets, in real terms.

And the situation could even be worse, suggests Mr Sondegaard: a second recession is "knocking at the door" in Europe. CIOs will need to trim their spending plans, as businesses look for cost savings, in order to survive. The position is being made worse by

The result, Gartner predicts, is likely to be renewed interest in shared services and service consolidation, and an even greater appetite for what Sondegaard describes as "low cost cloud apps". There could also be a renewed interest in outsourcing IT services, as companies look to preserve capital spending, and avoid costs such as hardware refreshes, or new data centres. Gartner expects cloud services in EMEA to be worth 20bn next year, and the sector will grow at 10 times the rate of overall enterprise IT spending.

If that proves to be true, then one person's cloud really is another's silver lining.