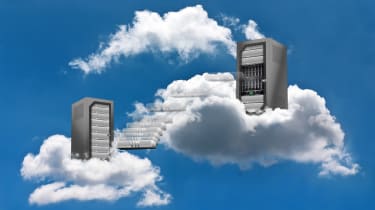 COMMENT:You might have thought that by now business would have 'got' the cloud. I certainly didn't expect the enterprise sector to be acting in quite such a tardy fashion compared to your average consumer when it comes to not only adopting cloud services with open arms but also, actually, understanding what they are.

However, the evidence certainly appears to suggest that, while business cloud understanding is on the up, it's not exactly top of the agenda stuff and a lot of that resilience would seem to stem from a large dollop of fear, uncertainty and doubt (FUD).

Take the findings of a joint survey by The Guardian and the Cloud Industry Forum (CIF), which reveals more than a third (36 per cent) of those asked have no idea what the different types of cloud model actually mean. In fact, stand up if you know the difference between public, private and hybrid cloud services.

Consumer cloud and enterprise cloud are different things, yet enterprises are constantly being exposed to the business failings of the consumer product without properly examining the business strengths of the enterprise product.

I have a mental image, and no offence intended dear reader, that most of you are probably still seated. How about standing up if you do NOT consider pretty much any hosted IT service as now being part of the whole cloud genre. Just over half (56 per cent) of those asked would still be seated.

Perhaps the problem is that most of the cloud services that have entered the public psyche are just that, public. The consumer cloud has driven the acceptance of the technology and delivered faith in a move away from local computing to a distributed model for the average user. However, because consumer cloud tends to mean less than acceptable levels of availability and security than many businesses demand, the corporate side of the fence remain unconvinced.

Of course, here is where another of those confusing FUD bombs is being dropped: consumer cloud and enterprise cloud are different things, yet enterprises are constantly being exposed to the business failings of the consumer product without properly examining the business strengths of the enterprise product. And why might that be? It's simply a matter of cost.

Moving to the cloud is driven by cost at the moment, and consumer cloud services provide the entry level cost savings that are so desirable, especially at the smaller end of the SME spectrum. Cloud is not, in my experience, being considered as an investment by the smaller business, it's seen purely as either a money saver or not worth investigating further. If these businesses were to look at the strengths of enterprise cloud models they might understand the true value brought to the table. But, often, they don't even get that far.

Looking back to that Guardian/CIF survey, it is no coincidence that the number one concern amongst those businesses that have thought about cloud adoption in some way or another was security. Or, rather, the insecurity of the cloud. Stand up all those who think the cloud is secure. Yep, there we go, plenty of you still to get off your chair I'm guessing.

But is the cloud really insecure or is it just more of those FUD bombs landing?

While there is no doubt in my mind that the FUD factor plays heavily when it comes to cloud security issues, there remains good cause for concern amongst businesses. Such concerns include regulatory compliance that covers where your data can and, more importantly, cannot reside, who has access to it and in effect 'owns' it and quesions around whose reponsibility it is to secure that data. All of these issues can be addressed, successfully so, if enterprises properly understood the difference between the cloud models that I mentioned earlier, and the difference between consumer and enterprise clouds that I mentioned later for that matter.

Security vendors are keen to exploit this confusion over cloud security, with the likes of McAfee looking to position itself as a 'leader in cloud computing security' with the release of the latest incarnation of it's Cloud Security Platform. Positioned as the industry's only single content-aware platform, securing all primary channels of traffic as data moves between enterprise and cloud, McAfee (and by implication Intel) is confident that businesses will "confidently use and trust the cloud".

I wish I could be as confident, but for now I'm remaining seated and watching from the security sidelines until the FUD cloud clears...

Join us on 22 November for our Cloud Summit where we're steer clear of the FUD and answer the questions you really have about cloud computing at what it can do for your business. Click here for more information