No more dance floors or swimming pool parties for Motorola… in its marketing campaigns at least. 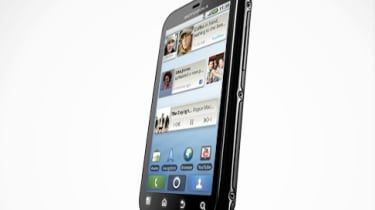 The Advertising Standards Authority (ASA) has banned two Motorola TV ads, saying they misled consumers as to the sturdiness of devices.

Three complainants said the ads exaggerated the durability of the Android-powered Motorola DEFY phone, which was being marketed as "dance floor proof" and "pool party proof."

Despite claims from Motorola the phone was water and scratch resistant, as well as dust proof, the complainants' phone screens cracked after dropping their DEFY devices.

We had not seen evidence that dropping the DEFY from the height shown in the ads would not damage the phone.

Motorola said it had extensively tested its device, putting it through "circumstances more extreme than those that would usually be encountered by consumers."

This included "dropping the phone from multiple heights onto multiple surfaces," the ASA found. The product had been put through around 300 'drops,' yet Motorola's explanation of the testing process in its response to the ASA was to no avail.

"We noted the phone was intended to be bump, impact, scrape and scratch resistant but considered the ads, in particular the scene that involved the phone being dropped onto a dance floor and the on-screen text "DANCE FLOOR PROOF" and "It's life proof," suggested the phone would also not be damaged when it was dropped from the height shown in the ads," the ASA said in its adjudication.

"Because we had not seen evidence that dropping the DEFY from the height shown in the ads would not damage the phone, we concluded that the ads misleadingly exaggerated the performance of the product."

Motorola was hit by another advertising ban in August, when the ASA decided to kill off an ad claiming the Atrix was the most powerful smartphone on the planet.

That time the watchdog received just two complaints, yet the ad was still removed.