The Android 4.0-powered phone is available for pre-order today via 3. 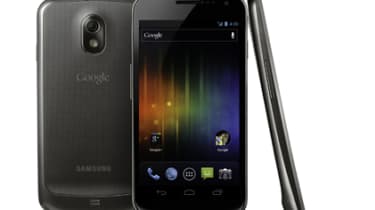 The new Galaxy Nexus, built with Google's Android OS and hardware from Samsung, is available for pre-order today from 3.

There have been rumours of a delayed release of the Galaxy Nexus, with reports suggesting it would not meet the 17 November release date. 3 said the phone would arrive in "the next couple of weeks."

The Samsung Galaxy Nexus is the first device in the UK to launch with the latest version of Android - 4.0, known as the Ice Cream Sandwich.

The Ice Cream Sandwich OS includes various new additions to Android, such as Face Unlock, which uses facial recognition to unlock the smartphone, as well as integration with the Google+ social network.

"At 3 we love firsts, so we're excited to be bringing our customers the first Android Ice Cream Sandwich phone," said Sylvia Chind, head of handsets at 3.

The Galaxy Nexus also supports HSPA+ and RX diversity, so when the HSPA+ network upgrade is completed at the end of the year, using the internet should be quicker than before, Chind added.

The phone features a 4.65-inch HD screen with Samsung's AMOLED technology. It also sports a 1.2GHz dual core processor along with front and rear cameras, 1.3MP and 5MP respectively.

O2 and Vodafone have confirmed they will stock the phone too.