The PC market is in turmoil with Dell losing ground in Western Europe as it has done globally. 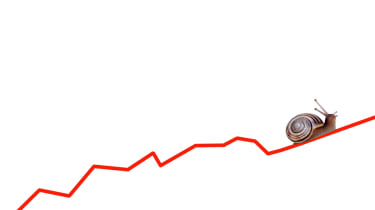 The PC market is continuing its decline as Gartner today reported shipments in Western Europe fell over 11 per cent from last year, as Dell lost ground in the continent.

PC shipments totaled 14.8 million units in the third quarter of 2011, resulting in an 11.4 per cent decline from the same period last year.

According to Gartner, the mobile PC market was hit hard with a 12.6 per cent decline because of the 40 per cent decrease in mini notebook shipments. Desktop PCs also declined almost nine per cent.

The results in the third quarter of 2011 make unpleasant reading for the PC industry.

"The inventory build-up that slowed growth in the last four quarters was mostly cleared during the third quarter of 2011; however, the PC industry continued to perform below normal seasonality," said Meike Escherich, principal analyst at Gartner.

Dell dropped a place in the rankings, down to fourth behind a resurgent Asus. Dell recently lost its global number two position snatched by Lenovo.

Apple, meanwhile, has seen its market share increase from 5.7 per cent to 7.6 per cent.

This year, PC shipments in the UK totaled 2.9 million units in the third quarter, resulting in an 11 per cent decline compared to figures in the same period in 2010.

"The market seems to be moving at three speeds," said Ranjit Atwal, research director at Gartner, talking of the UK market.

The top two vendors, HP and Dell, continued to struggle to find new opportunities and experienced single-digit declines; Acer, in the process of inventory re-adjustment, declined more than 50 percent; Apple and Samsung gained strength in the market. More importantly, quarter-on-quarter, all vendors saw growth apart from Acer, suggesting the fluctuations in the market may be bottoming out."

The consumer market saw a major decline in the UK, as shipments fell 18 per cent year-over-year.

HP, which decided it was to stay in the PC game last month, retained first place in the country. It was followed by Dell, then Acer. Apple and Samsung came in fourth and fifth respectively.