IT Pro spoke to Bilhar Mann, senior vice president of CA Technologies' cloud business unit about the changing face of IT management and how the cloud will bring both benefits and challenges to organisations of all sizes. 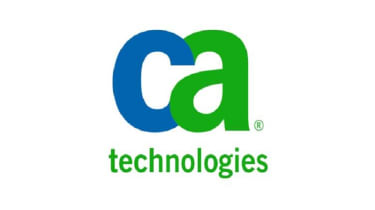 Can you tell us a bit about your main role and responsibilities at CA?

My background is in security. You can probably tell from my accent I'm actually from England. In my current role at CA, I'm responsible for our cloud strategy and the cloud solutions that we're building and taking to market.

How long have you been with the company?

I've been at CA since 2003, [and was] responsible for our security strategy and our M&A activity in that space. I moved into cloud because security is one of the biggest challenges for customers when they're moving to the cloud.

Would you have been involved in the Cloud launches during CA World 2010, such as Cloud Commons and the Connected Management Suite?

I got involved with those products as of this year. But what I am responsible now for is taking our strategy forward. All of those things we announced [at the last CA World] are being continued on in some way or form.

Fast forward five-plus years and the large enterprise that has a datacentre may not have a datacentre. It will be sitting within a service provider.

Cloud is a recurring theme at CA World 2011. What are the biggest concerns businesses still have about this new way of providing and consuming technology?

There are a lot of things customers are concerned about. You have to be able to segment the customers because different sizes of organisation will have different concerns. Large customers have come to realise the cloud doesn't just mean public cloud and moving to Amazon. It also means building private clouds so they can get efficiency out of their own datacentres. That's what cloud means to them. The challenge for them is how do they build a private cloud using the technology they've already got? They are also challenged around trusting production workloads in the cloud. They want to be able to consume SaaS-based applications but with with the same business processes and chargebacks and approvals for all the products they had before the cloud. That's where we fit in as well because we can help them do that.

The next set of customers, mid-market or SMB, much more readily want to move to the cloud because they haven't made the [same levels of] investment internally. They're very eager to move forward. It's not that they're less concerned about the challenges, they're just much more aggressively minded because they have nothing to maintain internally anyway, and they don't have the IT skills and so forth.

Does the cloud flip things around as it's normally the large business that have an advantage over small players who have less budget and resources?

Absolutely. They're not ingrained in anything because they don't have the skills and so forth so they're much more eager to move forward. I use the analogy of the landline telephone system. You have all these countries who didn't adopt the landline but they have wireless rolled out already because it was just simpler. When you've got something already there's a tendency to stick with it or move forward more slowly with it.

Are we really approaching a time where everything will be in the cloud even the technology CA uses itself to run the business?

Cloud is not just a technology strategy. It's a business strategy. It allows the enterprise to focus on innovation.

The former CIO to the US government talked yesterday about the cloud-first strategy. Is this something other governments and businesses can learn from?

It's not unique at all. I speak to a lot of companies and, while they're not formally saying they've got a cloud first strategy, behind the scenes it is. Cloud is not just a technology strategy. It's a business strategy. It allows the enterprise to focus on innovation.

If you look at the IT spend a regular organisation has it's usually four per cent of revenue. Of that four per cent, roughly speaking, there's a good 60/70 per cent which is just to keep the lights on, just to keep things running. Only 30 or so per cent is actually on new projects and innovation. If we can take that 60/70 per cent and have somebody else run it more efficiently and reduce that's spend even by 10 or 15 per cent that extra amount of money can then be focused on innovation. Let's say you're a manufacturing company and you want to invest in a new CAD cam for designing cars. That's what you want to really be focused on. You don't want to be focused on keeping the lights on in the datacentre and doing the stuff you've been doing. Those are the business dynamics of it. It's like renting a car versus buying a car.

The US government saved $3 billion dollars with its strategy. Is there an opportunity for others to do the same on a smaller scale?

That's the key thing. But it's not freeing that money up just for the sake of freeing it up. It's to focus on the things you want to focus on. When we speak to customers they need to use the investments they've already made. It's not like their budgets are going to grow. They want to be able to more with the amount of money they've already got.

Some people are concerned that the new cloud world will mean a loss of jobs with traditional skills. Is this the case?

There's going to be demand for legacy skills but it is going to reduce. They, like everybody else in the IT sector, have to move up the stack. Nobody writes COBOL anymore You've got to move with the way the market is moving. Those same guys can now do, for example network guys, can learn what it takes to connect up the cloud provider. There are lots of security and networking issues to get to grips with there. So they do need to move up the line.

But all these smart devices connecting up to the cloud and the associated data will still need management in some form, won't it?

That's right. The cloud is a new business model, a new technology area. It probably shouldn't be called IT management anymore, just management. We will provide a set of tools to manage the cloud.

In the enterprise we have a mix of operating systems, but in the cloud world you won't be stuck with one thing. You can say I want to buy Salesforce.com, Amazon, Rackspace and so on. From a management point of view, you now may be governing and managing a set of cloud providers, which may be more than the operating systems you were managing in yesterday's world. The challenges are about how to connect this stuff together and make it consistent from a management's pane of glass.

There's going to be a certain aspect of losing control but management or the CIO's role is going to change to one of governing the providers and worrying if these guys are meeting SLAs.

Take Amazon for example. When you use Amazon, you really don't know what it's doing underneath there. And you don't want to know. You are concerned does it meet a certain SLA, performance criteria and so on. What you're concerned about is the application.

Some businesses may worry about losing control. Are their concerns unfounded?

There's going to be a certain aspect of losing control but management or the CIO's role is going to change to one of governing the providers and worrying if these guys are meeting SLAs. Ultimately the CIO or IT director is responsible for delivering a service, if it's running on Amazon or Rackspace or BT that's a detail but they're fundamentally responsible for it.

A CIO gave me an example recently. He said if Salesforce.com goes down his team gets a telephone call from someone saying its down. It's his job to work out whether the application is down on the person's iPad, whether it's the network, whether it's the server, Salesforce and so on. It's his problem. He's responsible for the business service rather than whether the server is down in the datacentre. It's a mindset change.

CA today announced Cloud 360. Can you tell us more?

Cloud 360 is very simple. It's a prescriptive capability that helps enterprises make an informed decision about what to move to the cloud. An enterprise has lots of applications like email and so forth but many have built a lot of applications tool. The first steps organisations go through when thinking about the cloud, whether IaaS, SaaS or PaaS, is which one of my applications can actually move there? Cloud 360 is a tool to help them decide.

Think of it as a decision support system for them to determine what makes sense to move to the cloud. All these [performance, security etc] characteristics can be mapped and then you can plan. This solution helps you make that first decision about segmenting your applications then lets you go through the process of planning to move them. You can't just take an application, switch it off and move it to the cloud. If only it were that easy. You've got to understand the capacity of the application you're running, so you can plan resources and so on. That's ultimately what this solution is about.

This is a very consultative type of product. It's not something where you put some numbers in and the answer pops out. All organisations are extremely different. Some customers will be very concerned about certain types of data, others will be less concerned.