A former Huawei worker claims he lost his job because Huawei is favouring Chinese workers. 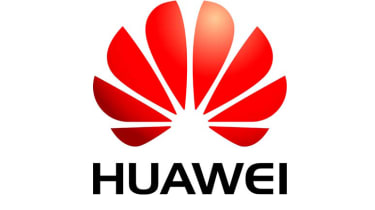 Chinese networking giant Huawei has been accused by a former employer of favouring workers from its home nation.

Judeson Peter claims he lost his job because he was British. Peter told an employment tribunal Huawei had moved 342 workers over to the Britain over three years, whilst 49 British and non-British workers had been let go, according to the Daily Mail.

"With regard to engineers, it should be noted that not a single Chinese engineer has been made redundant, whereas 30 non-Chinese have been."

During the hearing in Southampton, Peter also claimed the company's human resources manager sent an email outlining how no expat workers were to be made redundant from Huawei.

"This is a clear racial discrimination against non-Chinese employees as most expats are Chinese," he added. "Home Office guidelines state employers are not to treat migrant workers more or less favourably than resident workers."

Huawei has completely denied the allegations, saying they were "based upon factually incorrect information."

"It is true that in 2009 Huawei was forced to downsize, like many other large multinational companies, due to the economic turndown, particularly in the telecom industry," the company said in a statement.

"At this stage Huawei unfortunately had to make a series of redundancies, resulting in 25 per cent of British workers and 32 per cent of Chinese employees losing their jobs.

"Huawei's Chinese expat employees are subject to a separate contract and dealt with through a different process. The fact that a higher percentage of Chinese workers than British were made redundant shows that Huawei in no way prioritised Chinese employees."

Huawei has been pushing its European business hard in the past year, paying particular attention to Britain.

The company recently chose London for the the launch of its MediaPad tablet and Vision smartphone devices.

US companies can work with Huawei on 5G standards