Inside the enterprise: A new industry alliance aims to promote flexible working, but businesses and employees still have some catching up to do. 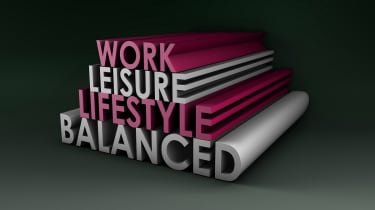 Britain's knowledge workers have become digital nomads. Equipped with smartphones and tablets, we wander from place to place looking for the best venue to catch up on work. More portable devices, more and more Wi-Fi access points, and better coffee have made the mobile worker's life both more practical, and more tolerable.

But flexible working often fails to penetrate either very far, or very deep, into an organisation. Executives have a BlackBerry and perhaps an iPad; service engineers, delivery drivers and other "task" workers have ruggedised devices. Frequent travellers may be equipped with a laptop, and perhaps a 3G dongle. That, though, leaves a large percentage of the workforce who have little in the way of flexibility at all.

The telecommunications and IT industries think this is a missed opportunity. Perhaps more surprisingly, so does the Government. At this year's WorkTech conference in London, transport minister Norman Baker announced Government backing for a new consortium, called "Anywhere Working." The group aims to "help British employers understand the benefits of providing flexible working environments", according to its mission statement, and is being backed by companies such as Microsoft and Vodafone, as well as the Department of Transport and Transport for London.

The group will provide information resources, technology trials, and access to best practice case studies that promote the idea of flexible working. According to research quoted by the consortium, between a third and half of UK workers would like more flexibility over where they work, and how they manage their time.

Delivering that flexibility is both a management and an IT issue. According to Gordon Frazer, Microsoft's UK managing director, employees who have control over their time are often the most productive. But whilst technology-savvy organisations like Microsoft may be willing to let staff manage their own workloads, and even where they work, there are plenty of other managers in the UK who only believe their staff are working, if they are at their desks.

Nor is the technology as straightforward as it should be. Delays to the London School of Economics has found that workers who are tied to their smartphones can actually become, if not less productive, certainly more stressed.

But if Anywhere Working allows organisations to share what they have learned about the downsides and pressures of working in an always-on world, as well as the benefits, then it could be a worthwhile resource for UK businesses.