Is the stylus-equipped ThinkPad Tablet the business tablet we've all been waiting for, or is Lenovo coasting on the illustrious ThinkPad name? Read our review to find out. 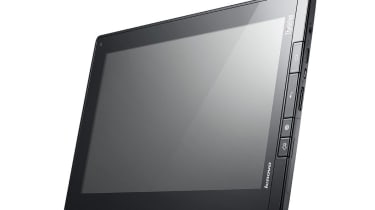 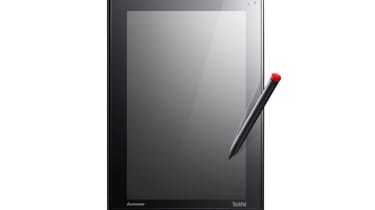 One useful bundled app is Notes Mobile, a note taking app that works with the included pressure-sensitive stylus which slots into a little crevice when not in use. It's one of the few things that sets the ThinkPad Tablet apart from all the other Android-based iPad-wannabees. Although you have take care not to rest your palm on the screen while writing (or drawing for that matter), the hand writing recognition is surprisingly fast and generally accurate. Greater third-party app support for the stylus would make it even more useful though.

Another potentially useful extra is Absolute's app that lets system administrators remotely track, lock and wipe the tablet if it's lost. It's a potentially useful service if your company doesn't already use an Exchange server or another remote mobile management utility for enforcing security.

If you'd prefer to type rather than write, a full-size USB2 port means you can plug in a keyboard, and even a mouse for cursor control, which isn't a surprise since Lenovo also sells a keyboard dock. This makes the tablet look a ThinkPad laptop due to the touchstick nestled in among the keys. The ThinkPad Tablet could thus form the hub of a basic desktop PC as the USB2 port can also recognise flash drives, but not bus-powered hard disks, while a micro HDMI port lets you connect a monitor, TV or projector. We're not sure why'd you want to control the touchscreen Android interface with a mouse, but the option is there.