HTC's budget Windows Phone may not be as glamorous as other handsets, but it shouldn't be dismissed out of hand. Julian Prokaza gets to grips with the smartphone in our review. 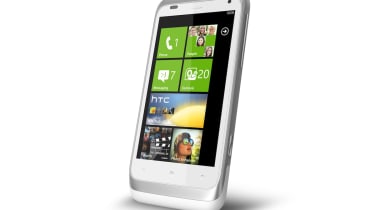 Windows Phone 7 may have had a slow first 12 months of existence, but it is starting to gain traction with manufacturers and HTC seems to be the most committed. The new Radar is its fourth Windows Phone 7 device to-date, but unlike the oversized HD7 and Titan, or the physical keyboard-equipped 7 Pro, it's a much more straightforward touch-screen smartphone. 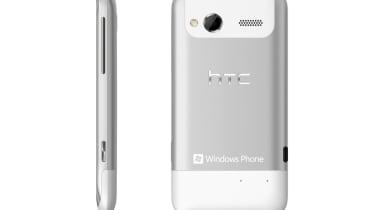 The Radar's metallic build feels well-made, if a little anonymous and far too similar to other HTC smartphones.

The muted design and metallic grey finish make the Radar a little more anonymous looking than some other smartphones we've seen of late, but the metal case feels solid and well-made (although the rubbery caps at either end cheapen it a little). Button placement is consistent with all other Windows Phone 7 devices we've seen, with a power button on the top edge, and a volume rocker and camera button on the right. As with the Titan though, these are very narrow and rather shallow, which makes them tricky to locate by touch alone.

A 3.8in screen makes the HTC Radar much more practical for one-handed use than the gigantic 4.7in Titan and since the smaller screen has the same resolution, it's image is much sharper, too (245ppi, compared to the Titan's 199ppi). The Corning Gorilla glass surface runs right to the edge of the case, but the actual display has a narrow black perimeter and the usual three Windows Phone 7 soft buttons along the bottom.