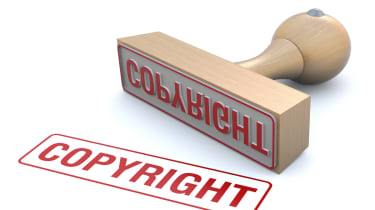 Nelie Kroes set the proverbial cat among the copyright pigeons this weekend with a controversial speech about the limitations of current copyright systems, laws and technologies.

Kroes addressed an event in France hosted by the Forum D'Avignon think tank on Saturday, speaking about copyright issues as part of her role as European Commission vice president for the Digital Agenda.

Her speech questioned whether the current copyright system was the right and only tool to achieve the Commission's objectives of facilitating the consumption of creative content.

"We need flexibility in the system, not the straitjacket of a single model," Kroes said.

"In particular, we should make it as easy as possible to license, not obstruct that process, while making sure that the system efficiently secures the interests of artists themselves."

She referenced the commission's ongoing work towards its legislative proposal on collective rights management in response, and suggested that related directives, including that which levies VAT inconsistently between e-books and their physical equivalents, should be overhauled.

"The platforms, channels and business models by which content is produced, distributed and used can be as varied and innovative as the content itself," Kroes added, calling on the IT industry to play its role.

"Citizens increasingly hear the word copyright and hate what is behind it. Sadly, many see the current system as a tool to punish and withhold, not a tool to recognise and reward," she said.

Kroes suggested technology had a central role to play in helping artists connect directly and cheaply with audiences and by supporting systems of recognition and reward. She suggested a Global Repertoire database could be used to reference copyright, while tracking technologies could trace access to content and distribute revenues accordingly.

"I see how some European stakeholders see with horror the arrival of Netflix, or the expansion of iTunes. We need to react, not to be paralysed by fear," she said.

To answer the need for more adaptable copyright models and technologies, Kroes said the current law needed to be re-examined and replace with a framework that was more flexible, echoing the sentiment behind the publication of the UK's Hargreaves report earlier this year.