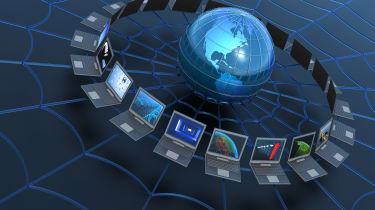 Nearly two-thirds (71 per cent) of those questioned in the US, UK, France and Germany said they were concerned that the looming mainframe skills shortage would hurt their business.

Mainframe application outages cost nearly $14,000 (8,941) per minute in lost revenue according to the survey published by IT performance management vendor Compuware, which sponsored the research by Vanson Bourne among 520 CIOs in enterprises of over 1,000 employees.

"If you've got experts that have worked on your mainframe for 30 years, that's a lot of intellectual property not just about the systems, but also the business," Neil Richard, Compuware European mainframe director, told IT Pro.

The challenges arise when these people retire, where it can take up to three years to fully train a new recruit in an organisation's end-to-end mainframe systems and processes, he added.

If you've got experts that have worked on your mainframe for 30 years, that's a lot of intellectual property.

"Even when you do the knowledge transfer, the pressure to hit deadlines can sometime mean technical documentation doesn't get done for instance, so bits of information can get lost," Richard said.

Although 79 per cent of CIOs confirmed that mainframe application outages posed a significant business risk, 78 per cent said these applications will remain a key business asset over the next decade.

"The mainframe is still very good for certain things," Richard said. "It is very reliable and can be used to handle large volumes of transactional processes. Distributed IT environments are good for other things. It takes a multi-tier approach.

The study identified rising costs resulting from developer shortages, where nearly half (43 per cent) of mainframe operational expenses are salaries. But 70 per cent of CIOs agreed that cost cutting would expose more risks than rewards.

Specifically, CIOs were concerned the shortages would result in increased application risk (58 per cent), reduced productivity (58 per cent) and more project overruns (53 per cent).

The vendor is warning that every enterprise running mainframes in support of mission-critical operations will have to face the challenge of how to attract new talent.

"Technology can be a way of attracting new talent," said Richard. "It's about finding ways of making it easy for them to use these technologies to get the root cause of an issue."

He added that enterprises should first quantify the size of the problem by examining the age splits within their mainframe workforce and then look for ways to make it more productive so it can do more with less.